Uttarakhand is a beautiful state of India. And its capital is Dehradun. Uttarakhand also is known as Dev Bhoomi or Land of Gods. Uttarakhand has been carved out of the state of Uttar Pradesh and made a separate state. Which earlier named Uttaranchal. Uttarakhand is a place that not only boasts of the beauty of the Himalayas. Rather it also reflects a cultural civilization and ethos.

In this state, tourists can enjoy the beautiful experience of climbing the steep hills, slopes along with oak, birch, silver fair, and rhododendron. Uttarakhand states are very special for tourists in terms of tourists. Tourists come here in large numbers. Especially the summer season attracts tourists a lot. So let us inform you about the major tourist places of Uttarakhand state where you can go for a stroll.

Why Uttarakhand Is Special Among Tourists?

Uttarakhand is also a very popular pilgrimage site in India. And from this state, the holiest in Hinduism. And two of the rivers considered holy, Ganges. Also the origin of the Yamuna. Uttarakhand is a place of pilgrimage. And according to Hinduism, the four holiest places of devotees – Kedarnath, Gangotri, Yamunotri, and Badrinath are inhabited by the state of Uttarakhand. 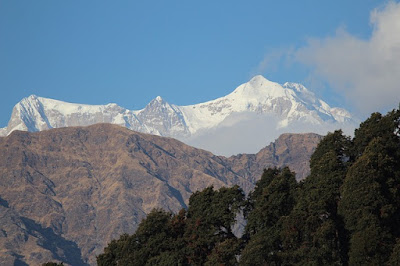 There are many hill stations in the state of Uttarakhand. Such as Almora, Kausani, Bhimtal, Mussoorie, Nainital, Dhanaulti, Lansdowne, Sutle, and Ranikhet. And this place attracts tourists with its beauty. Due to the cool weather in summer and other activities, the importance of these hill stations increases. Tourists come here in large numbers to spend the summer season and holidays.

Rishikesh tourist places are located in the state of Uttarakhand. And it is known worldwide for the convergence of Ganga and Chandrabhaga as well as many ancient and magnificent temples in the foothills of the Himalayas. Apart from this, Uttarakhand is also the center of popular cafes, yoga ashrams, and adventure sports.

Rishikesh is a unique place for spiritual and adrenaline pumping. Over the years, Uttarakhand’s popular tourist destination Rishikesh has also been developed as a center of adventure sports in India. Because there is a great crowd of options like white water rafting, flying fox, mountain biking, bungee jumping, etc. 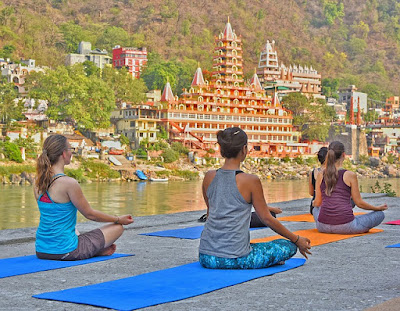 Nainital is one of the most beautiful tourist destinations in the state of Uttarakhand. Which a unique hill station situated in the middle of the Kumaon hills. Also known as ‘Naini Lake’. Nainital of Uttarakhand famous as a city of natural beauty and lakes. An attraction with snow-capped hills and tranquil lakes. And also Adventure activities can do in Nainital.

The Mussoorie tourist destination has managed to attract tourists from all over the world for its merits and specialties. The Mussoorie tourist spot, also known as the “Queen of the Hills”, is located in the heart of the foothills of the Garhwal Himalaya mountain range. The height of Mussoorie is about 7000 feet above sea level. And it experiences a calm and pleasant climate throughout the year. 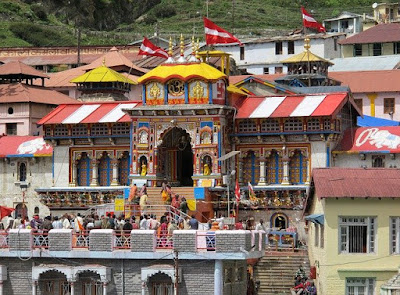 Badrinath, the tourist destination of Uttarakhand. The middle of the Nar and Narayan mountain ranges is one of the four pilgrimage shrines on the Neelkanth mountain peak. Badrinath Dham a pilgrimage site dedicated to Lord Vishnu. This Dham also mentioned in various Vedas. Badrinath, a tourist destination in Uttarakhand, is specifically related to Lord Shiva as mentioned in Hindu mythology. 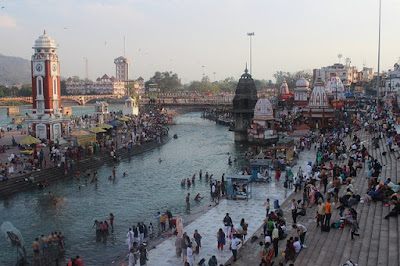 Haridwar among the seven holiest cities of India. It is a beautiful ancient city located on the banks of the river Ganges in the Garhwal region of Uttarakhand state. Haridwar a city endowed with ashrams, temples, and narrow streets of the city. Millions of devotees come to take a dip in the holy Ganges river.

And once every twelve years, the world-famous Kumbh Mela organized in Haridwar. Tourists come from all over India to attend and enjoy the Kumbh Mela. In addition to Haridwar, Kumbh Mela takes place in only three cities of India, Prayagraj, Nashik, and Ujjain. 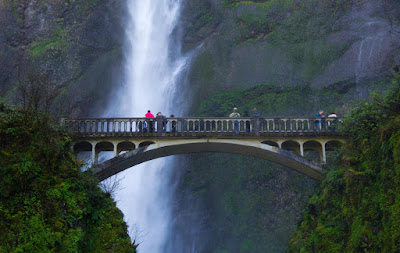 Situated on the banks of the Ramganga river in the foothills of the Himalayas. Jim Corbett National Park spread over an area of ​​over 500 square meters along with about 580 bird species, 50 tree species, and about 50 species of animals, 25 reptile species.

Yamunotri, the tourist destination of Uttarakhand. As the origin of the river, Yamuna has become a special tourist destination for devotees. And it is one of the smaller Char Dham. Situated at an altitude of 3293 meters, Yamunotri Dham is situated in the lap of the Garhwal Himalayas. According to Hindu mythology, Yamuna revered as the god of death as the sister of Yama. And it also believed that taking a bath in the Yamuna at the last minute of life can make death painless.

Kedarnath tourist destination of Uttarakhand. Its ancient Shiva temple, pilgrimage site, Himalayan ranges. And the mantra is popular for enchanting fairytales. The Kedarnath temple surrounded by the Chorabadi glacier and the peaks of Kedarnath. Kedarnath has countless ranges along with snow-capped peaks.

Gangotri is a place of pilgrimage in Uttarkashi. There are long queues of tourists coming here. Mythological stories reveal that Goddess Ganga had her ancestors after the penance of King Bhagirath centuries ago. Flowed itself as a river to wash away the sins of. But to reduce the velocity of the water falling from the height, Lord Shiva absorbed that water in his jatas. The origin of the river Ganges also called Bhagirathi.

Auli, The Tourist Destination Of Uttarakhand 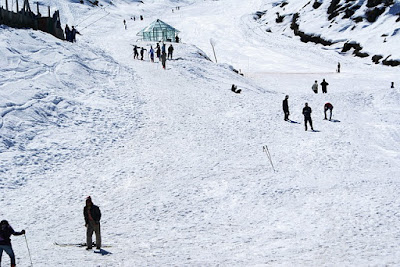 Auli, the tourist destination of Uttarakhand, has apple orchards here. And dotted Auli along with old oak and pine trees are rich tourist spots of natural beauty. Apart from skiing in Auli, you can also go for many treks in the hills of Garhwal Himalaya. You can also get mesmerized by seeing the beautiful view of the snow-covered mountains here. Auli is an enchanting tourist destination situated at an altitude of 2800 meters above sea level. 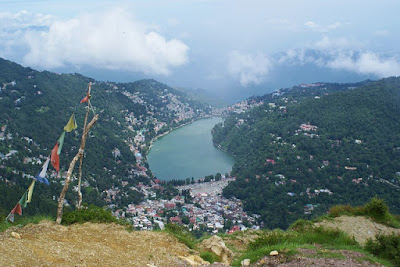 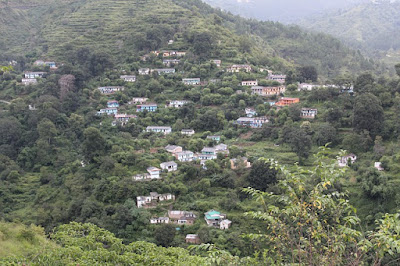 Major tourist places in the state of Uttarakhand. In Ranikhet, there a hill station developed by the British around the ancient temples. Which connects the Himalayan ranges and the forest to each other. The tranquil climate and simple natural beauty of Rani Khet attract a lot of tourists who come here.

Ranikhet is also famous for the headquarters of the Kumaon Regiment of the Indian Army and there is a Kumaon Regimental Center Museum. Weapons, photographs, etc. are very beautifully displayed in this museum, which shows the historical grandeur and importance of its army.

Almora, a tourist destination in Uttarakhand, is a huge city spread in the jungle of the Himalayan ranges. And its shape is like a horseshoe. This beautiful hill station boasts of the former British heritage and edible vibe.

The place is famous for its rich cultural heritage, superb food, superb wildlife. Almora is an agricultural town and the two rivers flowing here are Koshi (Kaushaki) and Suyal (Salamali). 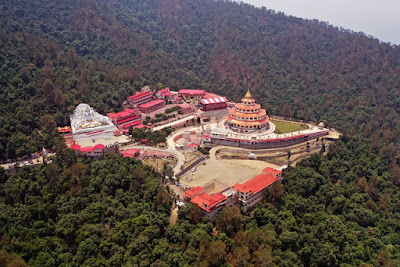 There a tourist place called Dhanaulti in Uttarakhand. The tourism state of India, which greatly affects the tourists visiting here. Located 62 km from Mussoorie, the city is adorning the state of Uttarakhand. The height of Dhanaulti is about 2200 meters above sea level.