The Sanskrit language is one of the oldest languages ​​of Hinduism (Sanatan Dharma). In fact, it is also called Devvani or Surbharti.

Sanskrit is one of the ancient languages ​​of the world. Its literary flow is going on at an uninterrupted pace from the Vedic age till today. Seeing its glory, it called Devbhasha. This language considered being the mother and nurturer of Indian languages. The oldest text of the Sanskrit language is Veda. The Vedas are the only means to get information about the civilization and culture of the Aryans. Despite the regional disparities in India, the contribution of the Sanskrit language has been paramount among the elements which have tied this country together.

Sanskrit is a language of the Indian subcontinent. It is the oldest language in the world. Almost all the scriptures related to the Vedic religion have been written. They are all written in the Sanskrit language.

Many important texts of Buddhism (especially Mahayana) and Jainism have also been written in Sanskrit. Especially even today most of the yajna and worship of Hinduism are done in Sanskrit.

Bhim Rao Ambedkar said that – the Sanskrit language can be the only language. That can bind the whole of India in the formula of linguistic unity. And hence, and he also suggested making it the official language of the country.

There is no need for any doubt in assuming the first language of this world.

The best is also proven due to its clear grammar and alphabet scientific.

Being rich in the most important literature also has its importance.

This language is also considered the deity language.

Sanskrit is not only a language of self-development. But also a cremated language. Hence its name is Sanskrit. Sanskrit alone is the only language that is not named after its speakers.

There are also no ordinary linguists who have cremated Sanskrit. But Maharishi Panini, Maharishi Katyayan and Maharishi Patanjali, the founder of Yoga Shastra. These three maharishis have very efficiently incorporated the activities of yoga and into language. This is the secret of this language and its written interpretation. In word form, all the languages ​​of the world have one or only one form of a word. But in Sanskrit, there are 25 forms of each word.

speech – All languages ​​have one vowel. And multiple vowels while Sanskrit has additional dialectics.

Sandhi – is the most important feature of the Sanskrit language. In Sanskrit, when two words come close, then there is a change in form and pronunciation due to the agreement.

This language is considered to be the most suitable language for computer and artificial intelligence.

Researchers have also found. From the research that reading Sanskrit increases memory power.

In Sanskrit sentences, words can be placed in any order. With this, there is little or no possibility of meaning is lost.

Rather it happens because all words are according to divination and promise. And even if the order is changed, the true meaning is preserved. Just like – ego house, gachachami or gachchami griha, ego both words are fine.

Sanskrit is the most, ‘perfect’ and rational language in the world.

Devanagari and Sanskrit are the only means which make fingers and tongue flexible respectively. Students studying these languages ​​get immense help in learning mathematics, science, and other languages.

The composition of literature in the Sanskrit language has been going on continuously. For at least six thousand years. In the reading and thinking of its many millions of texts. Millions of the best minds of thousands. Indians are engaging day and night.

Even today they are engaged. But it is not known that in any country of the world. For so long, so far, there is no language roaming in such a good brain.

What is the Sanskrit Language?

Due to its clear grammar and alphabet scientist is also providing this to be the best.

There are also no ordinary linguists who have cremated Sanskrit. But Maharishi Panini, Maharishi Katyayan and Maharishi Patanjali. And the founder of Yoga Shastra. These three maharishis have very efficiently incorporated the activities of yoga into language. This is the secret of this language ancient.

Sanskrit was considering the mother of all higher languages. The reason for this is its highest accuracy. And that is why it is a suitable language for computer software (according to a report in Forbes magazine July 1987). Sanskrit grammar is highly knowledgeable and scientific.

The Sanskrit language has been written in many scripts in India. But in the modern era, it has a special relationship with the Devanagari script. Devanagari script is actually made for Sanskrit.

Therefore it has one and only one sound for each sign. Devanagari has 13 vowels and 33 consonants. Two methods for transliteration from Devanagari to Roman script are more common. IAST and ITRANS. A letter is formed by a combination of zero. One or more consonants and a vowel. 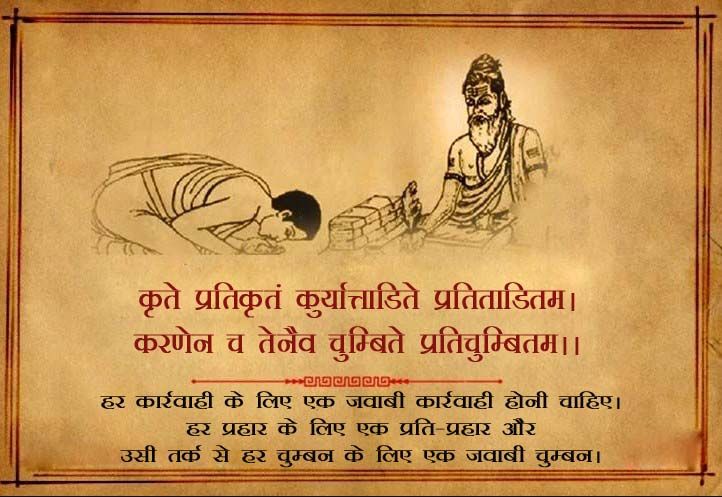 A unique tradition of writing drama in Sanskrit has been there for many years. Which has also been appreciated by many foreign scholars from Muktakanth.

From language to creators like Kalidas, Bhavabhuti, Visakhadatta, and Shudraka. He had given works that enrich world literature. Abhigyan Shakuntalam, Mudrarakshas, ​​Mrutha Katikam, Uttar Ramcharit, Devi Chandragupta, Swapnavasavadatta. For example, Sanskrit dramas have enchanted the world-class painters-poets-critics. And had proved the pride of Indian culture in front of the western world.

But this scene is a bit surprising. The creative level of Sanskrit plays has been falling since the seventh-century Bhatnarayan. And the same drama named Mahanarayan, Veni Sanhar is available. After him, Murari wrote Aardharraghava in the eighth century. But he is also very weak in terms of creativity.

Rajasekhar can be remembered in the tenth century. Many of his plays were not very popular despite being good overall.
Not only drama, but the level of Sanskrit poetry also went down. In the language in which Kalidas, Magha, Dandi, etc. Have been done, in the nineteenth twentieth century, no one is even visible around them.

Isn’t this one of the reasons why Hindu society’s growing. Antipathy towards the Sanskrit language?. The recent census revealed an unfortunate fact. That today is the total number of Sanskrit speakers in this country is approximately fifty-two thousand.

A total of fifty-two thousand Sanskrit languages ​​are spoken. In about one hundred twenty crores. After all, what great culture are we proud of?. And what greatness do you cherish? Sanskrit language and literature is the important part of the Hindu society of this country.

Where is Sanskrit spoken in India?

Sanskrit is considered to be ‘Dev Bhasha’, which is the language of the gods. The history of the classic literary language of Hinduism is about 3500 years. Sanskrit, in its many forms and dialects, was the language of ancient and medieval India. It used to be a primary language and the script was called ‘Devanagari’, which means city of the gods. Whereas its earliest form – Vedic Sanskrit, was prevalent from 1500 – 500 BC. This is a period where knowledge was imparted orally through generations.

The word ‘Sanskrit’ is derived from the prefix ‘sama’ meaning ‘samyak’, which indicates ‘completely’, and krit which indicates ‘done. Thus, the name indicates ‘thorough, refined, or thorough’ in terms of communication, reading, listening, and the use of vocabulary to describe and express emotion.