It is the building in which after burial someone is built above his grave. It is a memorial form. And such practice is mostly in Muslim and Christianity. And there are memorial Tomb/Mausoleum of mostly Muslim emperors in India. 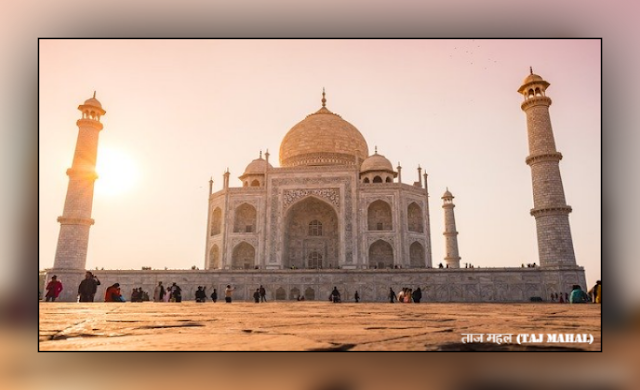 The Taj Mahal is located in the city of Agra in the Indian state of Uttar Pradesh. And this building has emerged as a world heritage of this world. And the Mughal Emperor Shah Jahan built this beautiful building in memory of his wife Mumtaz. The Taj Mahal in particular is an excellent golden specimen of Mughal architecture. Due to which tourists coming to India definitely come to this place.

The architectural style of this building is Persian, Ottoman, Indian, and Islamic architecture. Is a unique combination of components. And in 1943, the Taj Mahal became a UNESCO World Heritage Site. Along with this, this building is one of the most amazing human creations of world heritage acclaim. The Taj Mahal has also been declared the jewel of the Islamic art of India.

The mausoleum built in the center of the Taj Mahal shows the combination of beauty in its architectural superiority. The special feature of the Taj Mahal building group is that it is completely symmetrical. Its construction was completed around the year 14. Ustad Ahmad Lahori is often considered its principal designator. 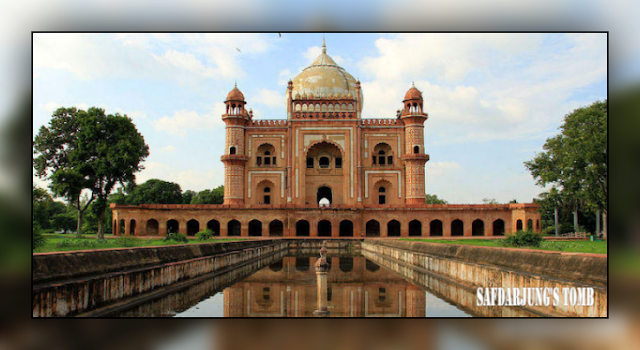 Safdarjung’s tomb is located in the capital of India, Delhi. And it is part of the famous historical buildings of Delhi. And it is located on the Sri Aurobindo Marg in south Delhi just opposite the western end of Lodhi Marg. Safdarjung’s tomb was built by Nawab Shujadullah in 1754 AD in memory of Safdarjung. The powerful and efficient Prime Minister of the last Mughal emperor Muhammad Shah (1719–1748).

Here the tomb of Safdarjung and his begum remains. It is also considered an excellent specimen of Mughal architecture. There is a large dome in the center of this building, which is made of white marble stone. And the rest of the building is made of red sandstone. While its architecture is based on the structure of the Humayun Tomb. Moti Mahal, Jungle Mahal, and King’s Choice, also known as the Pavilion.

There are four water lakes around this tomb, which lead to four buildings. On the east side is the main gate, which is located on Sri Aurobindo Marg. Other buildings have residential facilities for people. There are also four octagonal towers connected to the main building. 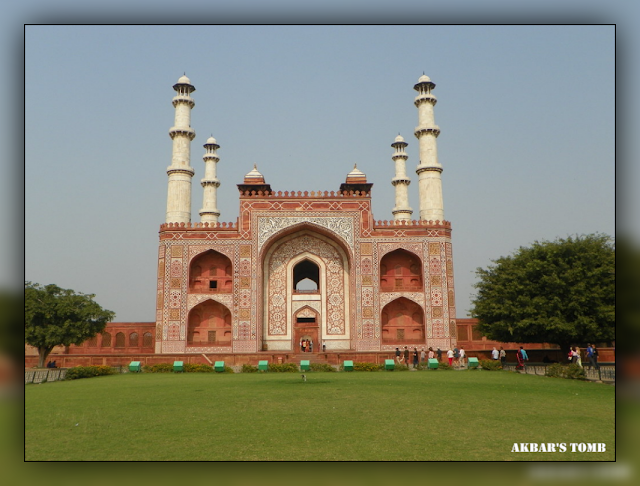 The city of Sikandra is located at a distance of four kilometers from Agra. And the most important site of this place is the tomb of Akbar. While its construction work was started by Akbar himself. And this tomb is the best blend of Hindu, Christian, Islamic, Buddhist, and Jain art. But Akbar died before its construction was completed.

And later his son Jahangir got it completed. While Jahangir made many changes to this original plan. When we see this building, it is known that how Mughal art developed. While Humayun’s Tomb in Delhi, then Akbar’s Tomb, and finally the Taj Mahal, Mughal art continued to develop.

Sikandra was named after Alexander Lodi. There are three-storied towers at the four corners of this tomb. These towers are made of red stone, on which beautiful marble work has been done. There is a beautiful garden around this tomb. In the middle of which is the Baradi Mahal, which was built by Alexander Lodi. Several mausoleums are available from Sikandra to Agra and include two Kos Minars. Even today, the beauty of this five-story tomb remains intact today. 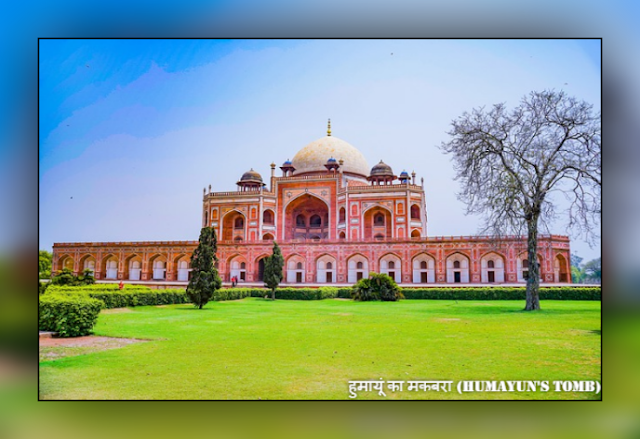 The premises of Humayun’s tomb building. There is a tomb monument inspired by Mughal architecture. It is located near the Mathura road in the East Nizamuddin area near Dinapanah, ie Old Fort, New Delhi. During the time of the Ghulam dynasty, this land used to be in Kilokari Fort. And the son of Naseeruddin (127–126) used to be the capital of the then Sultan Kekubad.

The main building of this building. The Mughal Emperor Humayun has a tomb and includes Humayun’s tomb. Many other royal people also have graves. And this group is declared World Heritage and is the first example of Mughal architecture in India. This tomb has the same Charbag style that gave birth to the Taj Mahal in the future. This mausoleum was built in 1572 according to the order of Humayun’s widow Begum Hamida Banu Begum.

The architect of this building was Syed Mubarak ibn Mirak Ghiyathuddin and his father Mirak Ghuiyathuddin. Those who were specially called from the city of Herat, Afghanistan. The main building was completed in about eight years and became the first example of the Charbagh style in the Indian subcontinent. The first red sandstone was used extensively here. And in 193, this building group was declared a World Heritage Site by UNESCO.

Whereas such gardens had never been seen in India before. And after this many buildings became integral parts. This tomb by the Mughals. Earlier, Humayun’s father Babur’s mausoleum in Kabul. Bagh was completely different from Babur. And along with Babur, the tradition of burying the emperors in the tombs built in the garden began. This building, based on the mausoleum built in Samarkand (Uzbekistan) of its ancestor Timur Lang, became the inspiration for the tombs of Mughal architecture going forward in India. This architecture is at its peak. 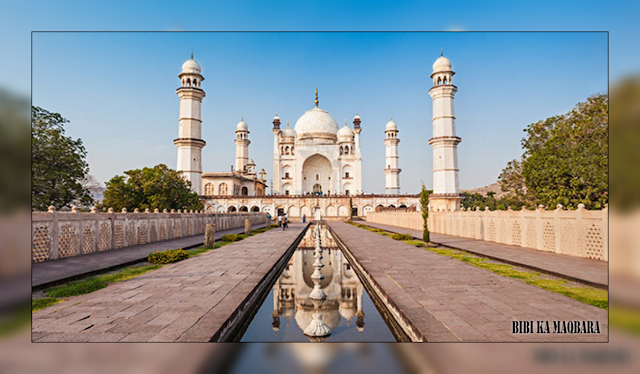 Construction of Bibi’s Tomb. The Mughal Emperor Aurangzeb was last executed in the seventeenth century. And according to historians. This mausoleum was built by Azam Shah, son of Mughal emperor Aurangzeb, in memory of his mother Dilras Bano Begum. They were also known as Rabia-ud-Daurani. It was built on the basis of the shape of the Taj Mahal. And this mausoleum is located in Aurangabad, Maharashtra.

> CULTURE OF INDIA – Traditions and Customs of India
> Indian language 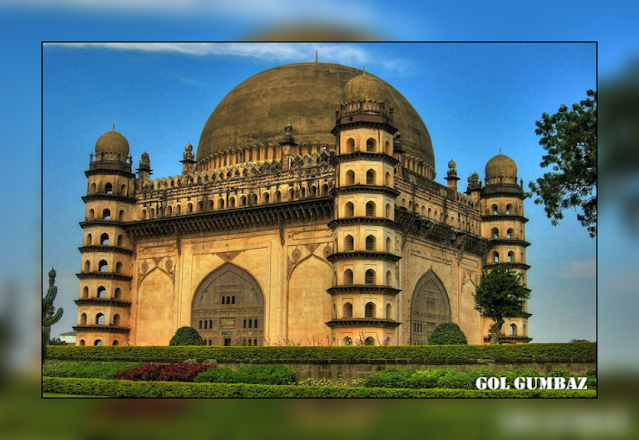 Gol Gumbaz or Gol Gumbad is the mausoleum of Sultan Muhammad Adil Shah of Bijapur. And it is located in Bijapur, Karnataka. And this mausoleum was built by Yakut of Persian architect Dabul in 1857 AD. Although originally an ordinary construction, it is considered a victory pillar of Deccan architecture due to its architectural features.

At the core of its structure is a cube with arms of 47.5 m (156 ft), above which is a huge dome with an outer diameter of 44 m॰ (144 ft). To be made of quadrilaterals revolving at two equal angles. Cutting across each other, a dome formed by eight arches forms a triangle-angle. Who is carrying this dome? The four sides of this cube are made of octagonal skylights or minarets covered with a dome-shaped umbrella. Stairs are also built inside them.

The upper floor of each of these minarets opens into a corridor enclosing a large dome. Within the main hall of the mausoleum is a square platform surrounded by stairs. There is a tombstone in the middle of this platform, under which its original grave is built. This is the only example of this type in the tombs of the Adil Shahi dynasty. In the middle of the northern side, a large semi-octagonal shape exits. 1,700 m (18,000 square feet), this mausoleum is the largest single-chamber construction in the world and with no middle ground.

A circular corridor is built on the inner periphery of the mausoleum, which the British have named “Whispering Gallery”, that is, the whispering corridor. Due to the incorporation in the architecture of phonology used in the construction of this corridor, a word which is softly whispered here is heard very clearly on the other side of its diameter. 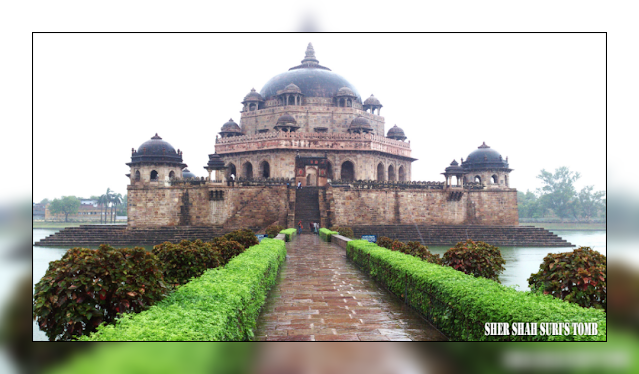 Sher Shah Suri’s tomb is located in the city of Sasaram in the state of Bihar, India. And this tomb built-in memory of Sher Shah Suri, a Pathan emperor of Bihar. Who defeated the Mughal Empire. And established the Suri Empire in northern India. And the fort of Kaliningar on 13 May 1585 AD. He died in an accidental gunpowder explosion.

This mausoleum is particularly an example of Indo-Islamic architecture. And it was designed by the architect Mir Muhammad Aliwal Khan. And it was constructed between 1580 and 1585. This red sandstone mausoleum (122 feet high) stands in the middle of an artificial lake. And is almost square, and is known as the second Taj Mahal of India.

The main mausoleum is built on an octagonal plan, above which is a dome. This mausoleum was built during Sher Shah’s lifetime as well as during the reign of his son Islam Shah. Its construction was completed on 14 August 1585, three months after Sher Shah’s death. 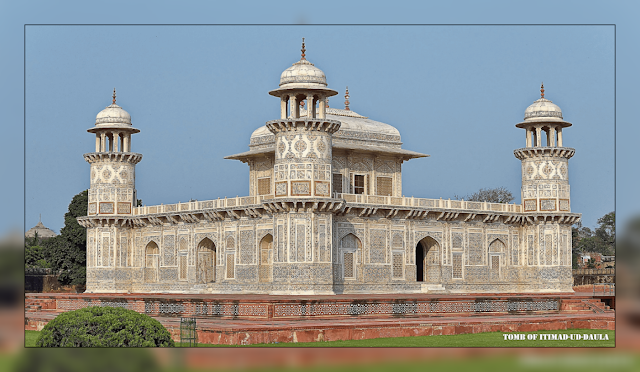 Son of Mughal emperor Akbar. Jahangir had given the title of Atmadud Daula to his Begum Nur Jahan’s father Mirza Gias Baig. This tomb of Etmadud Daula and his wife Asmat Jahan was built between 1622 and 1628 by his daughter Nur Jahan. Seeing the grandeur and splendor of this tomb. It seems to be the earlier creation or draft of the Taj Mahal.

For this reason, it is also called Baby Taj and Jewel Box. This mausoleum, spread in 23 square meters, is built on the eastern bank of the river Yamuna. And it is just two km from Ram Bagh Circle located on NH-2. This mausoleum has been constructed on a red stone pillar in the middle of the famous Persian garden named Char Bagh. Many streams of shallow water flow in this garden. Which not only divides the garden into four parts but also enhances its beauty.