In today’s time, everyone goes to many different countries for tourism. And so in this list, we will share with you all the information related to tourism. Also about all the states of India. Therefore, in this article, we will learn about the Indian Capital state of New Delhi.

Which is very different from each other. And it is also very beautiful and surprising. In this article, we will learn about all the major tourist places of Delhi. Where all tourists must go.

In Delhi itself, you get the largest airport in India. From where you can easily get a flight to go to other states of India. And also to go abroad. As well as about 4 train oriented stations in Delhi. If a tourist wants to travel by train. Then tourists can also travel to different parts of India with the help of trains.

To travel in Delhi itself, you can travel to Delhi Metro. And Delhi’s bus service is also available and many more means are available. And there is also a lot of online company. You can book online taxis or cabs by installing applications on your phone like Uber Taxi and Ola Taxi.

Now know about the major tourist destination of Delhi 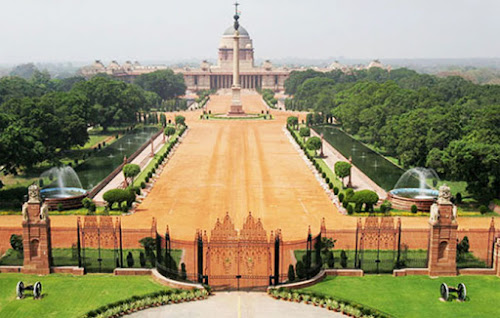 And now the President of India lives. Construction of this building started in 1911 and it took almost 19 years to complete. The Mughal Gardens in the western part of this building are quite famous, which is opened to the common people every year during the spring season. 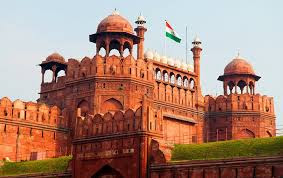 Red Fort of Delhi made of red stone. Due to the combination of Parsi, European, and Indian architecture. Very unique in itself. This fort was built by Shah Jahan in 1638. Which took 10 years to be made. 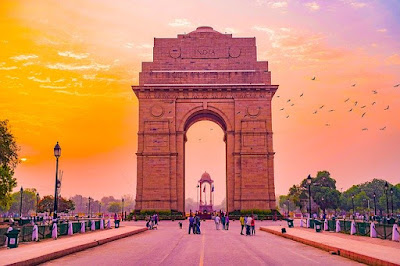 India Gate located in Rajpath New Delhi. Made in memory of Indian soldiers killed in World War I and the Afghan War. And the names of those martyrs are inscribed on this building. And it took 10 years to build this 42-meter high gate. 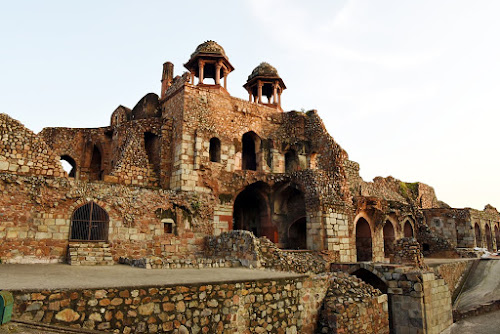 Old Fort is a rectangular fort. There is a small archaeological museum inside its main door. A sound and light show is also held here every evening. And along with this is Delhi’s zoo next to it and many historical buildings are also seen in this area. 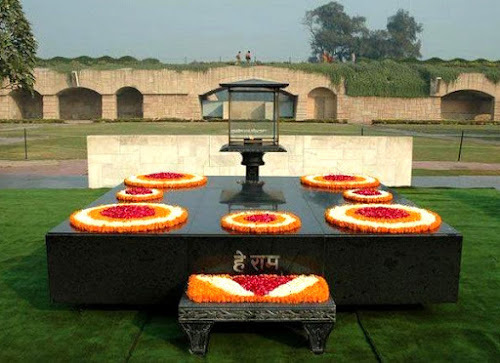 Located in New Delhi Rajghat is a sacred place located on the western bank of the Yamuna River. Where there is a memorial to Mahatma Gandhi, the Father of the Nation. Two words written on it. – ‘Hey Ram’ was the last two words spoken by Mahatma Gandhi.

The atmosphere here is very peaceful. Two museums located near this monument have been dedicated to Mahatma Gandhi. 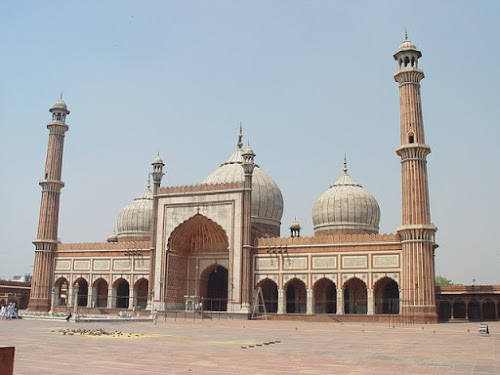 There is a major mosque located in Old Delhi. Jama Masjid is one of the largest mosques in the country. And among the many buildings built by Shah Jahan, the last one is Alishan Bhawan. Its construction began in 1644. And in 1658 it became a mosque. This mosque made of red stone and marble has three grand doors. 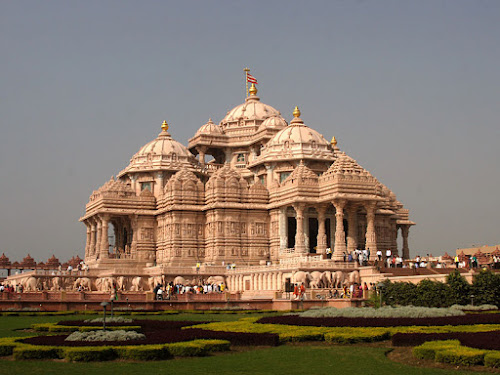 Swaminarayan Akshardham Temple is located in Delhi. Which is a symbol of 10,000 years old Indian culture. Presents very awe-inspiring, beautiful, intelligent and pleasant.

It brilliantly showcases elements of Indian craftsmanship, traditions and ancient spiritual messages. Akshardham is such an enlightening journey experience. Which describes India’s magnificent art, values ​​and contribution to the progress, happiness and harmony of humanity.

And it is one of the largest temple. Its beauty is really special and it also comes in the list of big temples of the world. 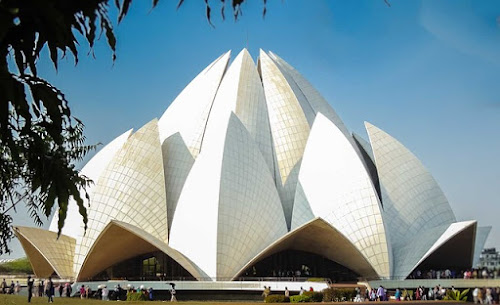 Located in New Delhi The Bahai Temple is also called the Lotus Temple due to its shape like the Lotus Temple flower. It was designed by Iranian-Canadian architect Faribuk Sahaba in 1986. It has 27 white-colored petals, whose beauty makes this temple one of the major attractions of Delhi. 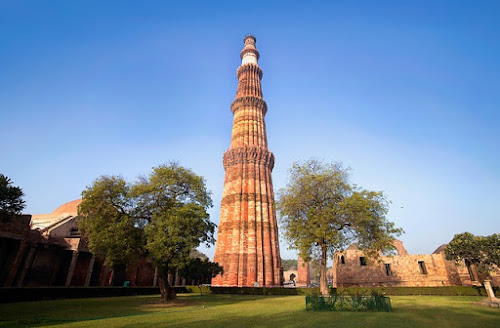 Qutub Minar is the tallest tower in the world, built of brick in Mehrauli, Delhi city of India. It is the most special and famous tourist destination of India. This building is a very special part of Hindu-Mughal history.

Qutub Minar has also been included in the list of India’s oldest global heritage by UNESCO. Qutub Minar is the largest brick wall in the world with a height of 72.5 meters. 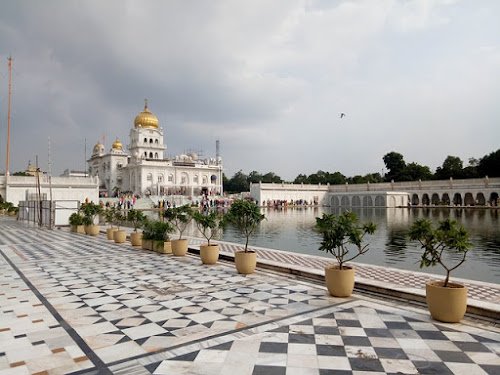 Bangla Sahib Gurdwara is near Connaught Place, one of the busiest areas of Delhi. Thousands of people come here every day to visit. This has made it popular as a pilgrimage center. It is not that not only Sikhs come here. But people of different religions and sects also come to visit this holy place. 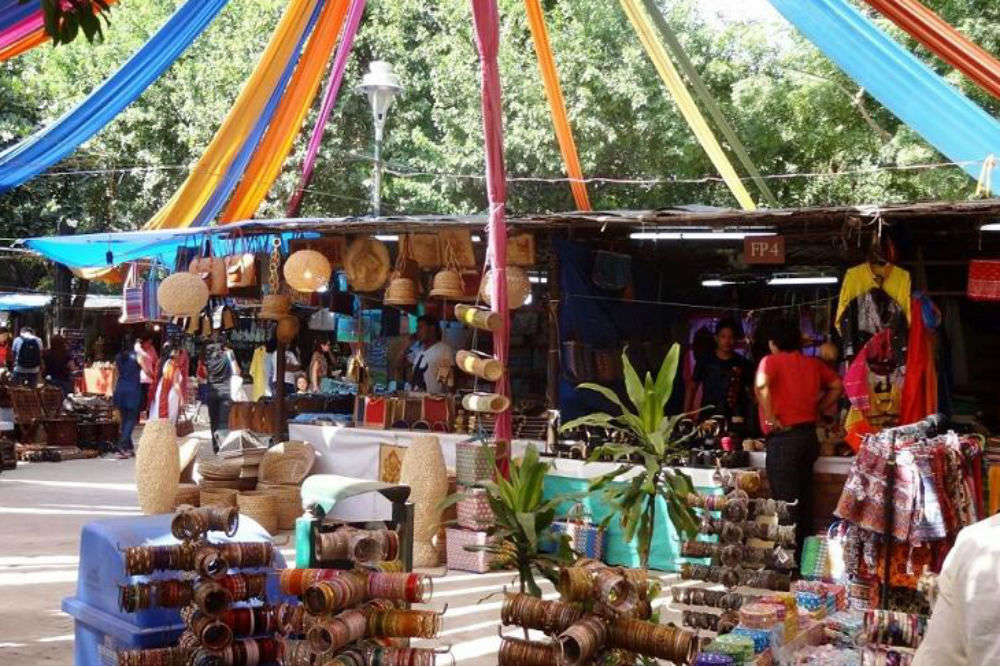 A mix of catering, handicrafts and cultural activities is visible in this traditional market. And all the modern things needed are also found here. A unique glimpse of Indian culture can be seen in this market It is one of the busiest and oldest markets in Delhi. Chandni Chowk, which is no less important than any tourist destination in Delhi. This market is spread in the old city, from the Red Fort to the Jama Masjid.

And it is very famous for its delicious food of old Delhi. And it is one of the most crowded areas where tourists always come.

Are you excited to visit New Delhi? In this list we are making a mini-guide which contains all the details about the places in Delhi.

Know About:- NATIONAL SYMBOLS OF INDIA