Navratri is the most recognized festival of Hindus. This festival celebrated for 9 days. In this festival, 9 goddess are worshiped in Navaratri. People do many types of fasting, abstinence, bhajan, puja yoga, etc. To increase their spiritual and mental powers. During this time people also follow many rules. One such rule is to keep yourself away from having physical relations during Navaratri.

How is Navratri celebrated? 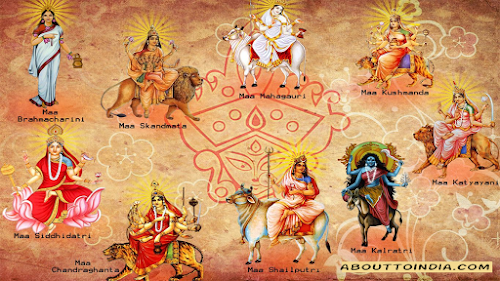 The festival of Navratri comes twice a year. People observe fast on the auspicious occasion of this festival. And this festival celebrated in different ways. In different parts of the country.

Some people keep the fast of Navratri by doing garba and aarti all night. So there some people keep fast. And worship mother Durga and its nine forms.

Names of nine goddess with meaning

A story about Navratri

There a very powerful demon named Mahishasura. He wanted to be immortal. And due to that desire. He did austerity of Brahma. Brahma was happy with his austerity. And after giving him visit, then he can ask for whatever he wants.

Then Mahishasura asked for his boon of immortality. Then Brahma said after hearing such thing of Mahishasura. Whoever is born in this world is sure to die. Therefore, except life and death, ask for whatever you want.

On hearing such thing of Mahishasura, Brahma said Aastastu. And went away. After this Mahishasura became the king of demons, he attacked the gods. The gods terrified. However, he unitedly faced Mahishasura.

In which Lord Shiva and Vishnu also supported him. But all suffered defeat at the hands of Mahishasura. And Mahishasura ruled Devlok. All the gods worshiped Adi Shakti with Lord Vishnu to protect them from Mahishasura.

A divine light emanated from the bodies of all of them. Who took the form of Goddess Durga in the form of a very beautiful nymph. On seeing Goddess Durga, Mahishasura became fascinated by them and proposed to marry her.

He would try this again and again. Then Goddess Durga agreed but on one condition. He said that Mahishasura would have to win the battle with him. Mahishasura agreed and then the fight started which lasted for 9 days. Goddess Durga ended Mahishasura on the tenth day. And since then this festival of Navratri is celebrated.

Know About:- Lord Krishna – Know About Stories and The life 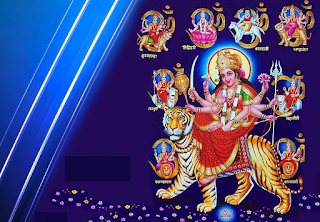 Our sages were excellent scientists. That is why scientific-ism is hidden in all our beliefs. Fasting and Havan worship during Navratri is very good for health.

The reason for this is that all two Navratri are in the jurisdiction of the seasons. That is, there is a change in the weather at this time. Due to which there is lack of physical and mental force. Fasting is done to prepare the body and mind for a new season by making it healthy and healthy.

During this time of Navratri, every person has a supernatural feeling in the environment. There is also a scientific argument that in the daytime, the sun’s rays prevent the sound waves and radio waves from advancing.

Radio is a living example of this. You may have also realized that it is difficult to catch low power radio stations during the day, that is, listening. Whereas even the smallest radio station can be easily heard after sunset.

Its scientific theory is that just as the sun’s rays prevent radio waves during the day, in the same way the thought waves of chanting mantra also get interrupted during the day. Rishi-munis have told the importance of night much more than day.

Hours in temples and the vibrations of the sound of a conch shell make the atmosphere devoid of germs. This is the logical secret of the night.

Keeping this scientific fact in mind. The sentries send their powerful thought waves into the atmosphere with determination and high concept, their accomplishment i.e., wishing fulfillment is complete, according to their auspicious resolution, at the right time and according to the right method is.