National Symbols of Incredible India In 2020

All the countries of this world have their own national symbols. And these symbols are also helpful as the identity of any country. In this article. We will talk about the national symbol of India. 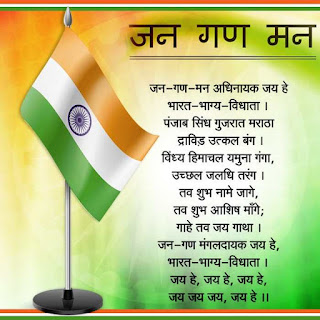 It was sung for the first time. At the Calcutta session of the Indian National Congress on 27 December 1911. Instead of “Vande Mataram”. Due to some political reasons. It was decided to adopt “Janagamanan” as the national anthem of the country. It is sung during all the national events of India.

Its entire presentation takes 52 seconds. However the short version (first and last line) takes only 20 seconds to complete. It was later translated from Bengali to English by Rabindra nath Tagore and composed in Madanapallai. 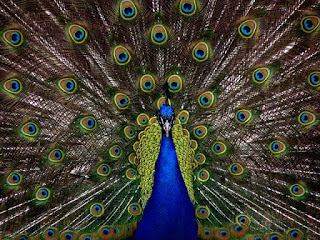 The national bird of India is the Indian peacock. The is a bird of the Indian subcontinent. Which displays the vibrant colors of unity and Indian culture.

It shows beauty, pride and purity. It has wings spread in the shape of a large wing. And a long thin neck. Whenever the arrival of monsoon, then they become happy. And spread their wings in an attractive way.

The female peacock is brown in color. And it’s smaller in size than the male peacock. By spreading their wings, male peacocks perform attractive dances and look very beautiful. They have also their own religious significance. And peacock have been provided protection under the Indian Wildlife Protection. Section 1972 on a parliamentary order. 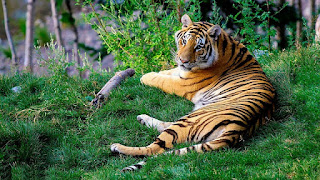 The Bengal tiger is the single largest non-vegetarian animal. Found in the Indian subcontinent. And adopted as a India’s national animal. It has a bright yellow stripe on its body. It can comfortably run in the air-tight forests. And is extremely powerful, strong and a symbol of pride.

Bengal tiger found in every region of India. Except in the northwest region. More than half of the world’s tiger population found only in India. The Indian government has banned royal game hunting. Because it was reducing their numbers on a large scale.

In April 1973. The Indian government launched “Project Tiger” to protect and protect tigers. 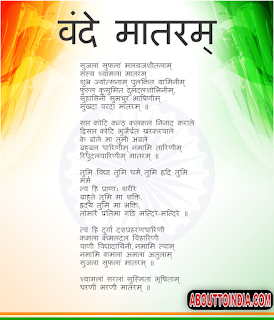 The two verses of the beginning of the original Vande Mataram. Officially adopted as the National Anthem of India in 1950. The actual Vande Mataram has six verses. And written by Bankim Chandra Chatterjee. In Bengali and Sanskrit in 1882 in his own novel Anandamath.

He wrote the song in Chinsura. (a town in West Bengal, located on the Hooghly River, 35 km north of Kolkata, India). It was first sung by Rabindra nath Tagore in 1896. In the political context of the Indian National Congress In 1909. Translated by Sri Aurobindo Ghosh. With the verses known as “Motherland I bow to you”.

India received its constitution on 26 January 1950. Therefore, this day is celebrated as a Republic Day. And every year on 2 October, Gandhi Jay-anti is celebrated. Because on this day mahatma Gandhi was born. All the national days are celebrated. As gazetted holidays all over India. 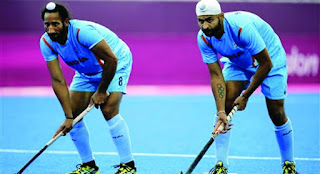 Hockey is India’s national game. 1928 to 1956 was a golden time for India. When India won eight Olympic gold medals with six consecutive wins. Dhyanchand is the best player in Indian hockey history so far. 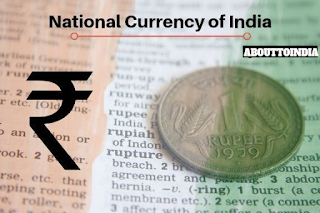 The Indian Rupee (ISO code: INR) is officially the currency of the Republic of India. Reserve Bank of India handles the issues related to Indian currency. The Indian rupee marked with “R” (Devanagari consonant) and. The Latin letter “R” which adopted in 2010. 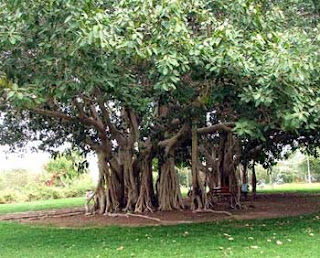 The Indian banyan tree (botanical name Ficus bengalensis). Has been adopted as the national tree of India. As it has the ability to grow new plants in an area much larger than its roots.

In India, since ancient times. It has the characteristics and importance of longevity. Its vast branches provide shade to its neighbors. While its roots extend over several acres. Its long branches, deep roots and strong trunk take the form of an entanglement. Which remains in existence longer than any other tree.

This is its long lifespan. And the giant shadow. Is famous for Many ancient Kahanis. Its importance described in. It found everywhere throughout the country. And usually around temples. Planted on the side of the road. 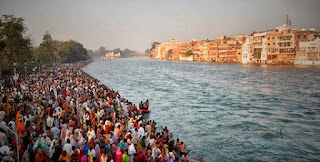 The longest and holiest river of India is the Ganges. (extending 2510 km of hills, valleys and plains). The world’s largest population situated on the banks of this river. The Ganges River has a great religious significance. For Hindus since ancient times.

It worshiped like a god by people of Hindu religion. And its holy water used on many occasions. Ganges originated as Bhagirathi river in the Himalayas of Gangotri glacier in the Himalayas. It counted as the third longest river in the Bay of Bengal. The northeastern part of the Indian Ocean, to release excreta and filth. 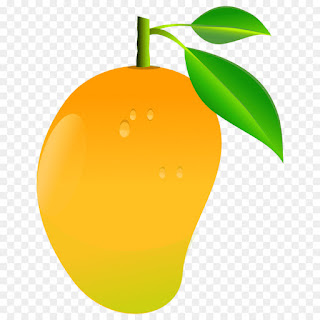 Mango has the status of king in all fruits. It originated in India and is available in more than 100 varieties of different sizes. And also measurements and colors. This juicy fruit was adopted as the national fruit of India.

Mango found in almost every region of India. And it has historical recognition and importance in many mythologies of India. It has been praised by many famous Indian poets in their own language. It is rich in vitamins A, C, and D, which is better for people’s health. 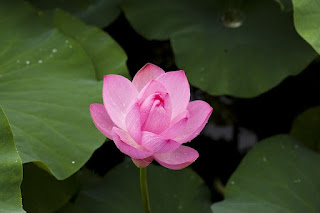 The lotus is a sacred Indian flower. Adopted as the national flower of India. This flower has created a different reputation in Indian art. And mythology since ancient times. 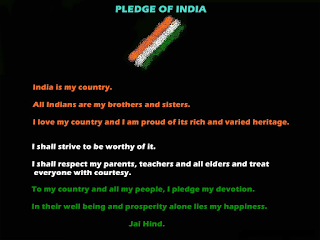 India is my country. And all Indians are my brothers and sisters. I love my country. And I am proud of its richness and different heritage. I will always try to be a worthy person for this. And I will definitely respect my parents and all elders. And treat everyone politely. For the sake of my country and people. I pledge with full devotion, my happiness. And well-being is my happiness only.

The oath of loyalism adopted by the Republic of India. As the national resolution of India. Generally, these oaths are taken by Indians in government programs. And by students in schools and colleges on national occasions. (on Independence and Republic Day). It is written on the front page of school books. 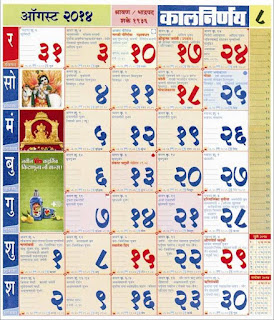 The Saka calendar adopted. As the national calendar of India. on 22 March 1957. When it was presented by the Reform Committee to Nepal. This calendar is based on the Saka era.

The date of this calendar is mostly similar to the Gregorian calendar date. The Saka calendar first time officially used on Chaitra 1, 1879. The Saka period, or 22 March 1957.

The head of the Calendar Reform Committee (Tara physicist Meghnad Sah). And other colleagues asked to create a perfect calendar. Which people from all over the country should adopt. 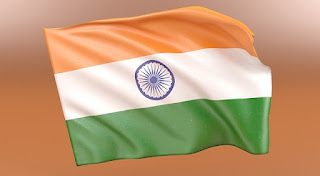 There is a rectangular horizontal Indian national flag. Divided into a strip of three colors. The topmost stripe is of dark saffron color (shows courage). The middle one is white (shows purity). And the bottom is the green stripe (shows fertility).

In the middle white strip is a naval blue wheel. (also called the wheel of religion or wheel of law) with 24 tiles at its center. This called the Asoka Chakra. The Indian National Flag was designed by Pingali Venkaiah. Based on the Swaraj flag. 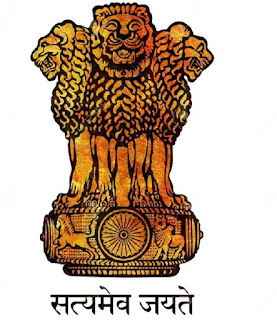 Lion on the pillar of Ashoka at Sarnath. By the Government of India accepted. As the national symbol of India. Adopted it on 26 January 1950. Gaya when India. Became a republic.

Ashoka’s pillar peak. But Devanagari. In the script, “Satyameva Jayate”. It is written, the pillar peak of Ashoka. But there are four lions standing. Whose back is attached to the pillar. In front of the structure. It is also the wheel of religion. 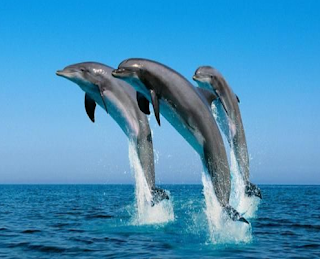 This mammal also reveals the purity of the holy Ganges. As it can survive only in pure and fresh water.

This fish, called Platenista gangetica, has a long pointed mouth and teeth are also seen in its upper and lower jaws. Their eyes are lens-less and hence they only serve as a means of detecting the direction of light.