Lord Shiva first tried to propagate life on earth. So he is also call ‘Adidev’. The meaning of ‘Adi’ starts. Being Adinath, he also has the name. ‘Adish’ It is one of the important  habitable god.

He is one of the gods of the trinity. He is also know, as the God of Gods Mahadeva. In Hinduism. Shiva is consider the most powerful. He is worshiped. And there are many festivals for Shiva in India.

The costumes of Lord Shiva are different. Among the Hindu Gods and Goddesses. Shankara is wearing many things on his body. Like Mother Ganges on forehead. Damru in hand, Snake in throat, Trident, third eye, Rudraksha, tiger skin, and moon etc.

There is some secret. Hidden behind wearing all these symbols of Bholenath. Know here what is the significance of these symbols. Ganges on the forehead. And Ganges is considered the most sacred river in Hinduism.

The snake which is wrapped around Shiva’s neck. Is named Vasuki. Vasuki’s elder brother’s name is Sheshnag. 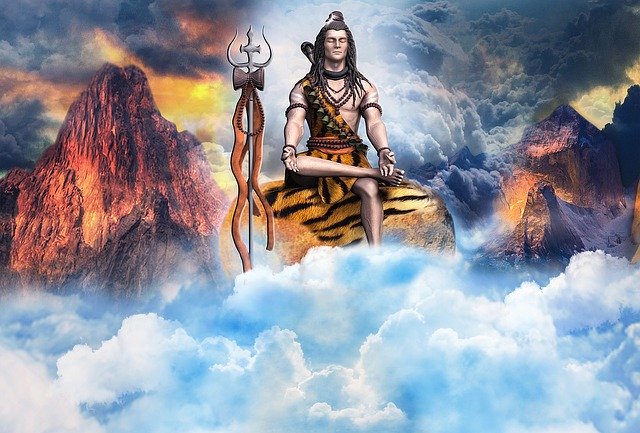 The main weapon of Lord Shiva is Trishul. And this trident in the hands of Shiva. Shankara presents a different story about his subject. And it is believed that. When Shiva appeared from The universe. At the beginning of creation. Then all three qualities of Raja, Tama and Satya also appeared. These three qualities became three prongs of Trinity.

Shiva’s trident is also a symbol of purity. And auspiciousness. And it has the power to overcome the sufferings of man’s past, future and present. Not only this, our soul can leave the cycle of birth. And death and get salvation by attaining salvation.

Shiva’s trident has the power to eliminate various evils. And negativity pervading the human mind and body. There is a trident in the human body. Where three nadis meet. And they are also present and this energy represents the sources, Eda, Pingala and Sushumna.

The sushumna which is in the middle. Is called the seventh chakra. And the center of energy.
And Shiva also had other such scriptures. Whose earth was shaken due to their names are Bhaverendu. And Sudarshan. Shiva’s bow is Pinaka, Astra Pashupatastra. And Shastra Trishul. He created all of the above. 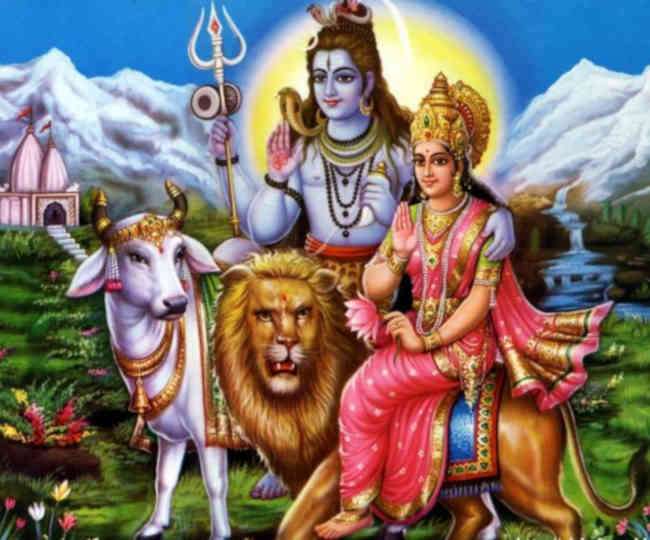 Shiv’s first wife is Sati. And she was born as Parvati. In the next life she is call Uma, Urmi, Kali. 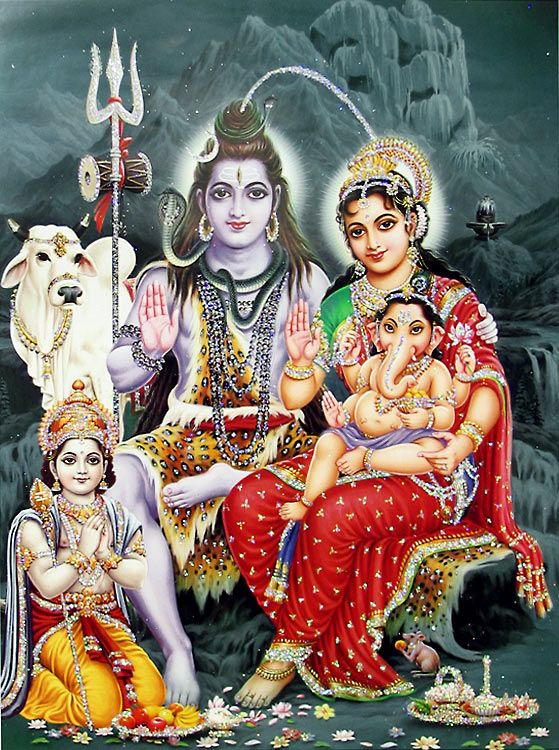 Karthikeya and  Ganesha – Shiv’s second marriage was to Parvati, daughter of Himachal king. Whose eldest son was Kartikeya. And second son was Ganesha. Who made by Parvatiji. By herself from Ubatan.

Ayyappa – The third son of Shiva. Who is worship in South India. This is also know as Lord Ayyappa or Lord Iyer in Tamil Nadu. He was the son of Shiva. And Mohini, Mohini was the female incarnation of Lord Vishnu.

Bhauma- The fourth son was Bhauma. This son was born by Shiv’s ‘sweat’. According to a legend, a string of sweat of Shiv. Absorbed in harsh penance fell on the land goddess. At that time Shiva was absorbed in penance, so Bhoomi Devi himself took responsibility for the upbringing of this son.

Andhak – The fifth son is  Andhak. Which is not mention anywhere.

Khuja – The sixth son’s name was Khuja. According to the mythological description. Khuja came out of the earth like sharp rays. And went straight towards the sky.

Jalandhar – Jalandhar is a part of Lord Shiva. According to the Bhagavata Purana. Once Lord Shiva threw his sea into the sea, it created Jalandhar.

Shiva has 7 disciples. Who is consider the early Saptarshi. These sages propagated the knowledge of Shiva throughout the earth. Due to which different religions and cultures originated. Shiva started the Master and disciple tradition. Shiva has disciples. – Brihaspati, Vishalaksha, Venus, Sahasraksha, Mahendra, Prachetas Manu, Bharadwaja. Besides the 8th Gaurashiras Muni.

Shiva, the center of all religions 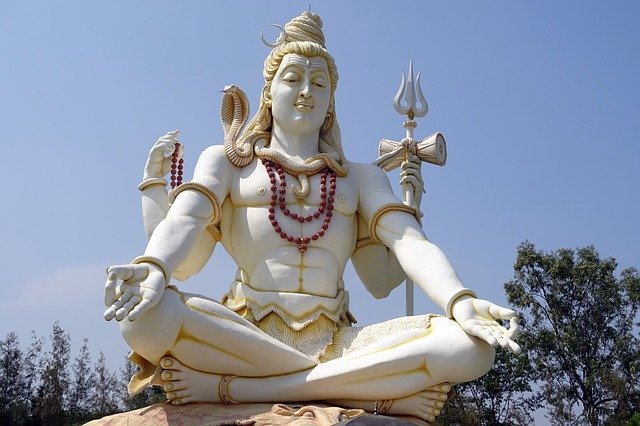 The costumes of Shiva. Are such that people of every religion. Can find their symbols in them. In Mushrik, Yazidi, Sabian, Subi, Ibrahimi religions. The impression of Shiva’s presence can be clearly seen.

A tradition started from the disciples of Shiva. Who later became divided into Shiva, Siddha, Nath, Digambara. And Sufi sects. Internationally acclaimed scholar Professor worshiper of Buddhist literature. Believes that Shankara was born as Buddha.

He mentions 27 Buddhas mentioned in Pali texts. And he said that among them the three names. Of Buddha are very ancient – Tankar, Shankar and Meghankar.

Shiva (lord Shiva), beloved of both gods and asuras

Lord Shiva is worship along. With the gods by demons, vampires, gandharvas, yakshas etc. He gives boon to Ravana as well as Rama. He had given boons to many demons like Bhasmasura, Shukracharya etc. Shiva is the supreme deity of all tribal, vanvasi caste, varna, religion and society.

Shiva built a cave with his trident in a hill to escape Bhasmasura. And they then hid in the same cave. The cave is on the hills of Trikuta, 150 km from Jam-mu. On the other hand, the cave where Lord Shiva gave nectar knowledge to Parvati is famous as ‘Amarnath Cave’.

Shreepad- Shiva’s footprints in a temple. Called “Sripad” located on the top of Ra tan Island mountain in Sri Lanka. These footprints are 5 feet 7 inches long. And 2 feet 6 inches wide. This place is called Sivanolipadam.

Some people call it Adam’s Peak. Rudra post- Shiva’s footprint in the temple of. Srisvedaranyeshwara in Thiruvengadu area of ​​Nagapattinam. District of Tamil Nadu. Which is called ‘Rudra Padam’.

Apart from this. Shiva also has footprints at one place in Thiruvannamalai. Tezpur – Shiva’s right foot print is located in the Rudrapad temple. Located near the Brahmaputra River in Tezpur, Assam.

Jageshwar- Shiva’s footprint near the temple of Bhima in the forest. About 4 and a half kilometres from the hill of Jageshwar Temple. And 36 km from Almora in Uttarakhand.
To avoid having darshan of the Pandavas, he put one foot here and the other in Kailash. 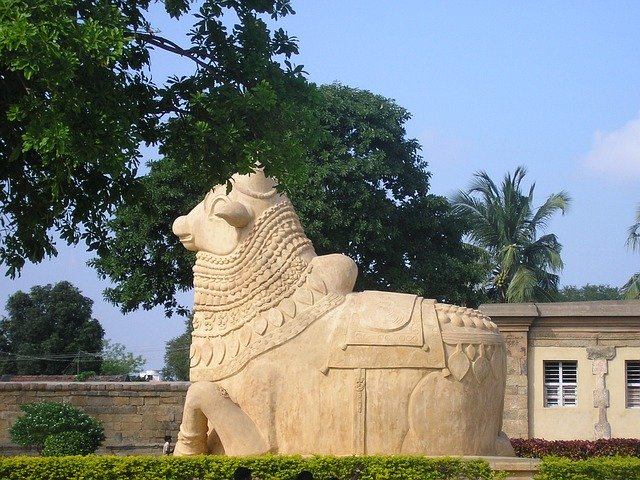 There are only two mantras of Shiva.

Shiva fast and Festivals. Shiva fast is kept on Mondays, Prado-sh and Shravan month. Shivaratri and Mahashivratri. Are the major festival of Shiva.

Shiva drank a poison called Kalkuta. Which came out during Amrit Manthan. He gave boons to many demons like Bhasmasura. He had consumed Kamdev. Shiva united the head of Ganesha and King Daksha. Shiva cut off the fifth head of Brahma. When he was tricked by Brahma.

Vedas and Upanishads, including science Bhairava Tantra. Shiva Purana and Shiva Samhita, encompass the complete education. And initiation of Shiva. His teachings have expanded in many texts of Tantra. 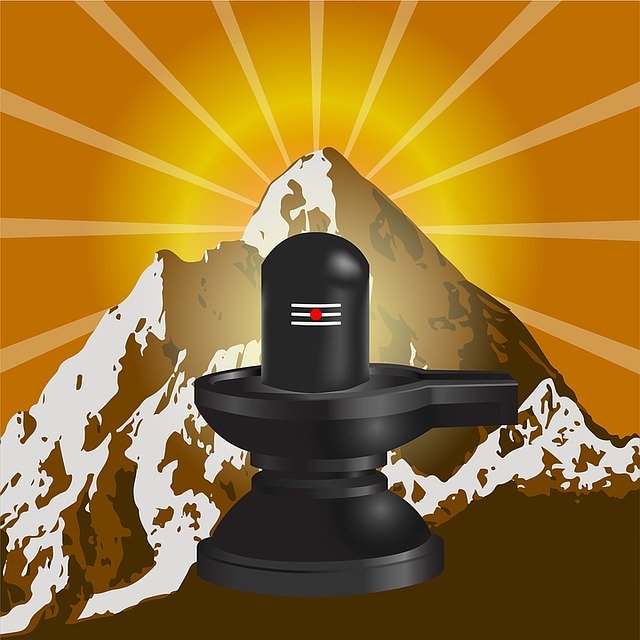 According to the Vayu Purana. All creation in which. It is absorbed in the Holocaust. And which appears in the re-creation period is Linga.

In this way, the entire energy of the world is the symbol of gender. In fact, this entire creation is the point-sounding form. The point is Shakti and Nad Shiva. Point means energy and sound means sound. This is the basis of the entire universe.

For this reason worship of Shiv-ling is a symbol. Shiv-ling is also know as a Linga. Parthiv-linga, Ling-am or Shiva Ling-am. It is a statue of the Hindu god Shiva. It is naturally established in Swayambhu and most Shiva temples.

The Shivling is usually stand. On a circular sculpture called Peetham or Peetha. Followers of the Lingayat faith wear a Shivalinga called ‘ishtaling’.

According to the second belief, according to Shiva Purana. In ancient times, Jyoti Pind fell from the sky and light spread from them for a while. Many such meteor bodies fell from the sky to the earth. Of the many bodies that have fallen in India. The main twelve are included in the Jyotirlinga.

Those who see the life and philosophy of Shiva. With real vision are Shiva devotees with the right intellect. And holding the reality. Because the philosophy of Shiva says live in reality. Live in the present, and do not fight with your mind to  see them as strangers. And also use imagination for reality. Shiva had said that. Imagination is more important than knowledge.

Shankara did not drink anything

It is not written in any book including Shiva Purana. That Lord Shiva or Shankara used to consume cannabis, ganja etc. Many people have made such pictures of Lord Shiva. In which they are seen drinking Chill-am. This act of both is like insulting Lord Shankara. It is a conspiracy to tarnish the image of Lord Shankara.

Know About:- Lord Krishna – Know About Stories and The life