Lord Jagannath Vishnu is a form of Lord Shri Krishna, an incarnation of complete art. Lord Jagannath sits with his sister Subhadra and brother Balarama in the city of Puri in the Indian state of Odisha. And the name of this city is derived from Jagannath Puri, which has become Puri. Rath Yatra festival of Lord Jagannath Puri celebrated every year. It is celebrated with great pomp here, including all over India.

This ancient and sacred place Lord Jagannath Puri Dham. Is counted among the major four dhams of Hinduism. Four temples of Hinduism, Badrinath, Dwarika, and Rameswaram. Lord Jagannath Puri Dham is very important among these four Dhams. When Guru Adi Shankaracharya came to Puri, he located the Govardhan Math here. Since then, Puri is considered one of the four dhams of Sanatana Dharma.

According to Hindu belief, Lord Vishnu dines at Puri. And take bath in Rameswaram. Then slept in Dwarka. And then Badrinath went and meditated. The Char Dham Yatra is incomplete without a visit to Lord Jagannath in Puri. Two stories are very famous to know the importance of Lord Jagannath Puri Rath Yatra. 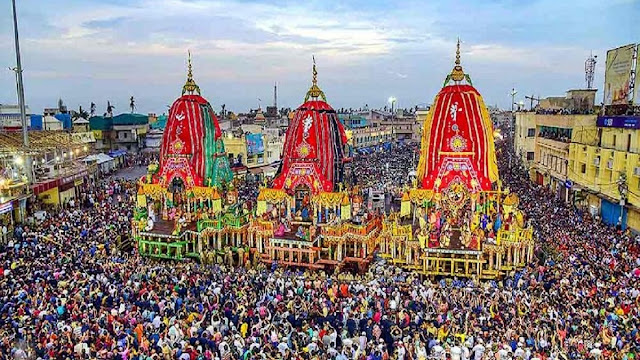 In a sense, when we call Puri synonymous with Jagannath. And conversely, since a century ago, foreign and Indian historians have been trying to unveil the mystery of the ‘three gods’. That is, Jagannath, Balabhadra, and Subhadrapuri are worshiped in the temple. But the success he has achieved is almost negligible.

The same, traditional authorities believe. That Lord Jagannath is probably as old as human civilization. The mythology of Jagannath is very insidious in mystery. It can take many years for those scholars to reach a certain conclusion.

There are many old works in Sanskrit. Which especially sing the glory of Odisha and Puri. A quote from the Rigveda is often quoted. In which, to show Sayana’s famous commentary explained that. The history of Jagannath is older than the age of Rigveda. And his Puranas (ancient Indian history, culture, mythology, philosophy, religion, etc.) are widely explained in Sanskrit).

In which mysterious stories related to the origin of Jagannath and divine powers are presented. Prominent among the Puranas are Skanda Purana, Brahma Purana, and Narada Purana. Even in the Ramayana and Mahabharata, the temple of Jagannath has a special mention. It is also believed that the Pandavas of Mahabharata also came here and worshiped Lord Jagannathji.

And some scholars believe that Isha Christ, the founder of Christianity, and Muhammad, the founder of the religion of Islam, also visited Puri. But the historicity of this approach is not yet maintained. Our history says. That Jagannath’s antiquity gives us the second century BC. Can proceed when Kharavel was the emperor of Kalinga (ancient name of Odisha). 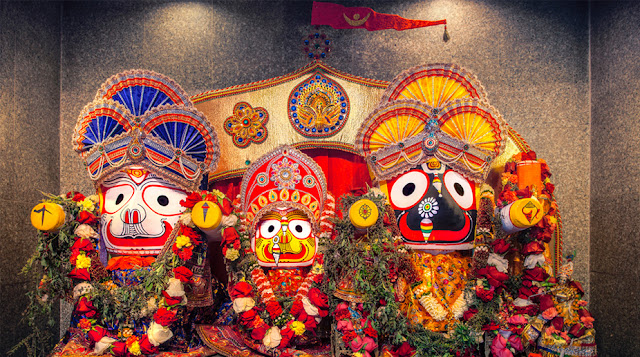 The Emperor’s historical Hatigumpha inscription on the peak of the Udayagiri hills near Bhubaneswar mentions a Jinanasana. Although it is clearly spoken by a Jain deity, it is also identified with Jagannath. But historically reliable material 9th-century A.D. Has been available since Shankaracharya visited Puri and established the Govardhan Math as the Eastern Dham of India.

This place where each of the four monasteries established by Sankaracharya is famous as Dham. Which literally means a holy place. Puri is the residence of Eastern India. It is the traditional reliable saying that a Hindu should visit these four dhams at least once in his life. And the custom states that. After traveling to the other three dhams, one should go to Puri.

Records of this reliable material have been kept by the pandas of the Kaki Puri temple. That people of India already visit Puri Dham during pilgrimage centuries ago.

Some Points of Lord Jagannath Temple 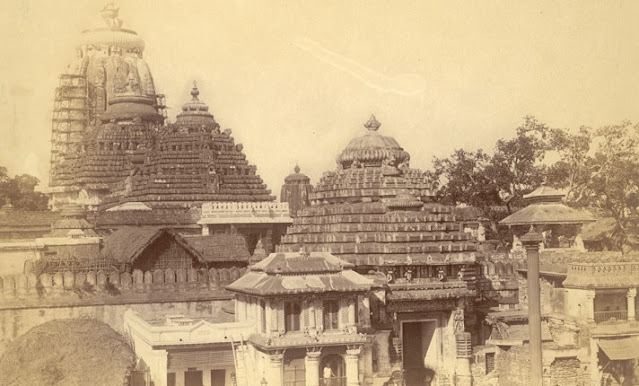 1. It has been observed that the flag hoisted on the small side of the entire Jagannath temple always flies in the opposite direction of the wind.

2. A priest of the entire Jagannath temple, since 1800 years, climbs to the top of the temple and changes the flag every day which is 215 feet (65 meters).

3. Everywhere in the world, the wind from the sea moves towards the earth during the day and from evening to the sea, but on the whole, it is the opposite.

4. To date no bird or airplane has been seen flying over the temple, which is a big mystery.

5. Puri, the main dome of Jagannath temple is built in this way. That its shadow does not appear on Earth even once a day.