India’s rail network is 65,000 km long. Which is operated by the Indian Railways, which is under the Government of India. And in 2013, the Indian Railways served about 8 billion passengers, the highest in the world. On the other hand, India ranks fourth in the world in terms of freight with about 1.01 million tonnes. The Indian rail network is divided into 17 zones, which run around 19,000 trains. These include about 12,000 passenger trains and about 7,000 freight trains. India plans to add 4,000 km of new rail lines by 2017. 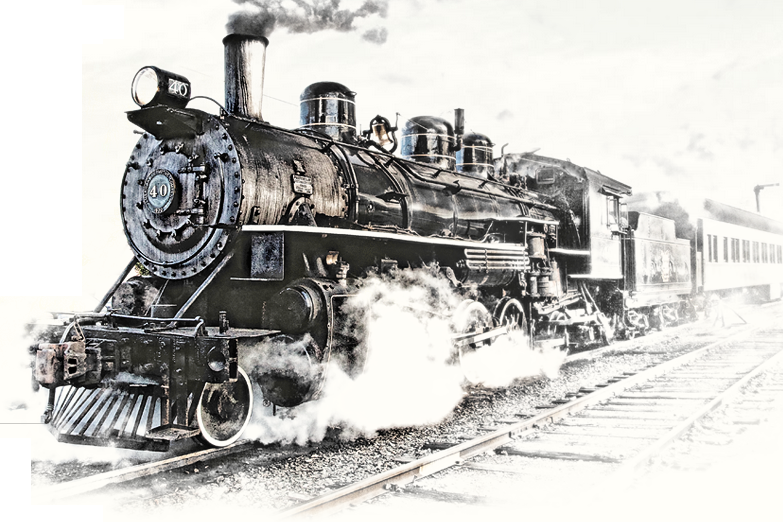 Railways are the main means of transport of goods and passengers in India. And today there is an attempt to brief Indian railway history with you. Whereas the construction of railroads in India started in 1850 AD during the tenure of the then Viceroy Lord Dalhousie.

Passenger railway service in India started on 16 April 1853. When the country’s first train Boribandar was run between Mumbai to Thane at a distance of 33.81 km (21 mi). In particular, it had a steam engine called Falkland. And this rail was established by the Great Indian Peninsular Railway Company. However, it had 14 railway carriage, which carried 400 guests at 3:30 pm.

The first goods train in India was tested on 22 December 1851 in Roorkee. And the first rail engine Thomson was used in it. First Steam Loco in India no. F 734 was built in Rajputana Railway’s Ajmer workshop in 1895. By 1880, 14400 km of railway route had become in India, in 1901 a railway board was formed.

Indian Railways was formed by merging the railways of 42 former Indian princely states. And after independence in 1947, India had a rail network of 55000 km. In 1952, the existing railway network was divided into zones.

First electrified train on 1500 Volt DC on Central Railway suburban system in Indian Railways. It was run from Bombay Victoria Terminal to Kurla Port in February 1925. Madras was the second metro city. Where South Railway ran a second electrified train in May 1931.

Until independence, India had an electrified track of 388 route km. After independence, the Howrah Burdwan section was electrified at 3000 volts DC. EMU services were started on 14 December 1957 on Howrah Shevra Fuli section by Pandit Jawaharlal Nehru.

Indigenous electrified locomotives began to be built at Chittaranjan Locomotive Works in 1960 and the first 1500 volt DC electric locomotive for the Bombay area was commissioned on 14 October 1961 by the Indian Prime Minister Jawaharlal Nehru.

Three types of rail services operate based on the distance between two railway tracks in the country.

Formed on 1 November 2006. India has the first place in China and second place in China in carrying passengers. America is in first place, China second, Russia third, and India fourth in freight. The share of rail GDP is almost percent of the overall GDP.

There are currently 17 railway zones and 73 railway divisions in India. The Indian railway system was formerly divided into zones. New railway zones were formed from October 2002 and from April 2003. On 29 December 2010, Kolkata Metro was made the 17th railway zone. Its headquarters are in Kolkata.

The smallest zone is Metro Railway Kolkata. And the largest zone railways are Northern Railway Zone. There are currently three rail coach factories in India, Rae Bareli, Kapurthala, and Perambur in Tamil Nadu. The foundation stone of the country’s fourth railway coach factory has been laid in Kolar in March 2014.

There are 16 public sector undertakings and other organizations functioning under the Ministry of Railways.

Railway finance was separated from general finance in September 1924 on the recommendations of the Acworth committee set up in 1921. And for the first time in 1925, the budget of Railways was presented separately in Parliament separately. Ms. Mamta Banerjee was the first female railway minister.

* Indian Railways turns 164 years old in 2020. And the first train in India left for the police station from Mumbai on 16 April 164 years ago.

* There are a total of 7,500 stations in the country. The first computer-based ticket reservation started in New Delhi in the year 1986.

* Railway’s website irctc.co.in is one of the most visited websites in the world. It has about 12-14 lakh visitors every minute.

* Indian rail network is so large that these tracks can cover the entire earth at once.

* A train driver (loco-pilot) gets more salary than a software engineer. They get a salary of about 1 lakh rupees per month.

* India’s slowest train is the Mettupalayam Ooty Nilgiri Passenger train. It runs at a speed of 10 kilometers per hour.

* Even today, toilets like planes are being installed in trains, but this facility has been found after a long time. Before 1909, trains did not have toilet facilities.

* Railway handles 11,000 trains daily. 25 million people go from place to place every day in the country. It is more than the population of many countries.

Indian Railways is preparing to build the world’s highest railway bridge. This bridge will be built over the Chenab River in Jammu and Kashmir, which will be higher than the Eiffel Tower. 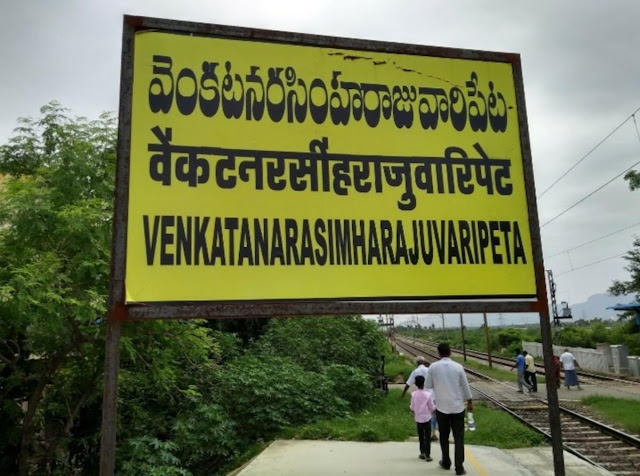 * The title of the shortest name goes to Odisha’s station, Ib. It is named after the river Ib.

* Indian Railways Museum located in New Delhi is the largest in Asia. The mascot of the railway is the naive elephant, who is a guard.

* The longest distance train in the country is Vivek Express. It travels from Dibrugarh to Kanyakumari for 4,273 km.
And this train runs 500 km without stopping.

* Trivandrum-Nizamuddin Rajdhani Express is the only train in the country that travels 528 km without stopping. This completes the journey from Kota to Vadodara non-stop.

* Howrah-Amritsar Express is the highest stoppage train. It has a total of 115 stops.

* The shortest journey is between Nagpur and Ajni station. The train travels only 3 kilometers between these two stations.

* Nawapur is the only station that is divided between two states. It is situated on the border of Maharashtra and Gujarat and is divided in half.

* Lucknow is the busiest station in the country. There are 64 trains daily.

* Guwahati-Trivandrum Express is such a train of the railway. It runs on an average 10–12 hours late. Indian Railways (IR) is the second-largest rail network in Asia. It has been the main component of India’s transport sector for more than 160 years. It is the world’s largest employer, with more than 1.3 million employees. Let us know all the information and travel information related to Indian Railways.

The Journey Of Indian Railway 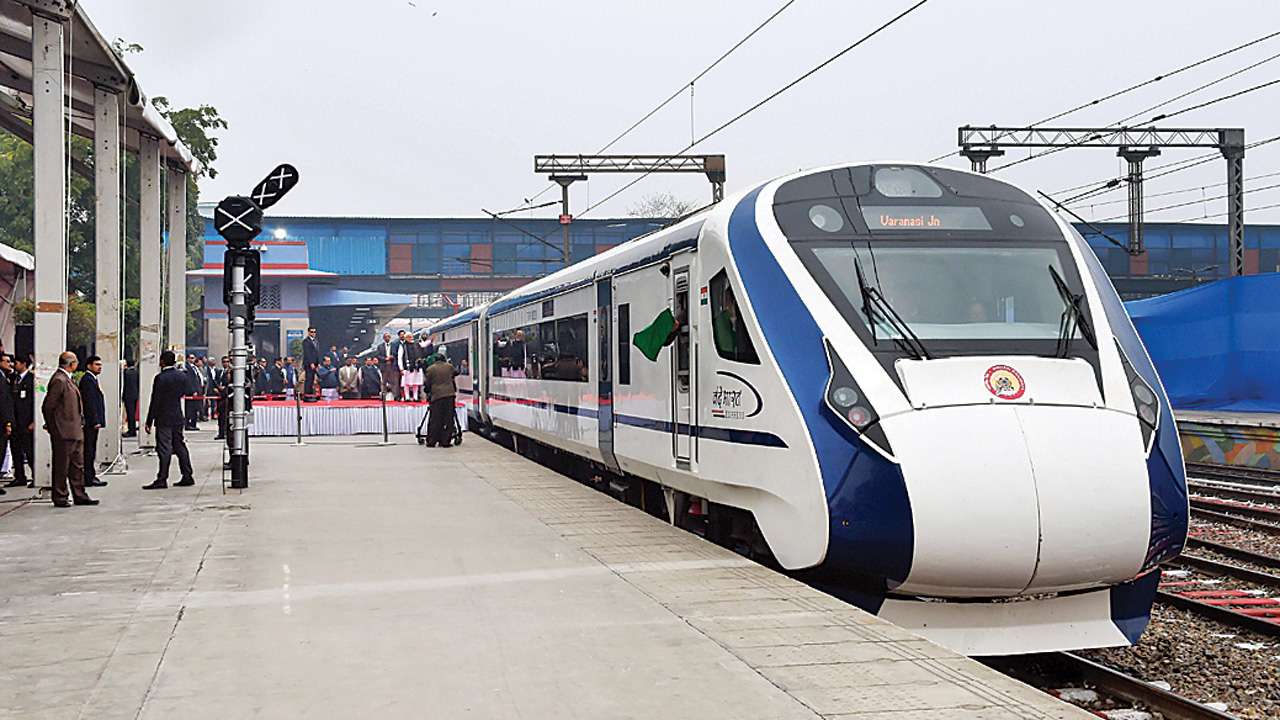 – Himsagar Express is the longest train running between Kanyakumari and Jammu-Tawi. – Its route is 3745 km.
– Bhopal Shatabdi Express, running at a speed of 140 kmph, is the fastest rail in the country.
– 1072 m long Kharagpur railway station is the longest railway platform in the world.
– Fairy Queen is the oldest engine in the world, which still runs.
– Lifeline Express is a special rail. It is also known as Hospital on Wheel. All facilities from treatment room to treatment are available on this rail.
– The Indian Railways strike in 1974 is considered to be the biggest strike ever. The strike lasted 20 days. There was no strike in the Railways after 1974.
– National Railway Museum was opened in the year 1977 for the conservation and promotion of heritage, tourism, education, entertainment.

– The Society of International Travelers has included India’s grand vehicles Deccan Odyssey, Palace on Wheels, and 100-year-old toy train in the list of 25 best trains in the world.
– Jan Shatabdi train started in the year 2002.
– Reservation started through the Internet in 2004.
– Comprehensive general train inquiry service was started in the country by telephone number 139 in the year 2007.

When Did The First Train Run

– The first train in India ran between Mumbai to Thane. This 35 km journey was launched on 16 April 1853. A 14-coach train with a steam engine was diverted from Mumbai to Thane.

How Long Is The Network Of Indian Railways

– The network of Indian Railways is 1.16 lakh km long. Some 15 thousand trains run on this network. There are more than 6 thousand stations on this network. Nearly 2 crore people travel from here to there every day through trains.

– Indian Railways network is the fourth largest network in the world after the USA, Russia, and China. Although in terms of technology, these three countries are few or far ahead of India, Indian Railways is not even nineteen, twenty only.

– In these 65 years of independence, India has grown only by 10,000 km or a little more, while China has overtaken India with a rail network of 78,000 km and its rail network can be expanded compared to India. Used to be. He has put the railway line up to typical Tibet.

There are three types of tracks laid in Indian Railways, these are big line, small line, and narrow line. Of these, the network of large line tracks is spread over most of India. Most trains run on this track.

– Small line tracks are gradually decreasing. In Madhya Pradesh, there is probably a network of small lines from Ratlam to Akola. This part too will soon be converted into a larger line.

– Part of the narrow line also remains in Madhya Pradesh, probably in the Nagpur-Chhindwara-Jabalpur section, which will be converted into a big line in the future. After this, hardly any small or narrow line will be able to remain an MP.

Indian Railways is possibly the cheapest railway in the world. The fare is charged by the railways at the rate of 10 paise per km, while the fare in buses is around 10 times more i.e. Rs 1 per km. This is the reason that trains are very crowded due to being cheap. People are packed in compartments. There is no vacant space in any category during the festival of war and marriage and summer vacation. Waiting becomes very long.

Three Types Of Trains And Facilities

– Generally, 3 types of trains are run for public convenience. These are – Passenger, Express, and Mail (Express). Of these, the passenger has the lowest fare. Express costs more than that and Mail (Express) charges the highest.

– General bogie (second class) fare is the lowest, while in sleeper it is more and AC fare is the highest.

– General bogey has simple facilities. The sleeper has some good and sleeping facilities from the general, while the AC coach provides ‘A’ class facilities including air conditioning.