In this world many people want to know about Indian language. And India is the largest democratic country in this world. Also India is also known for its integrity and unity, and along with it. India also has a large part of the population of the world. That’s reason many types of languages ​​are spoken in India by Indian.

And that’s why in this article, we will Know about Indian languages. And how it possible to speak many languages in a multi-populated country?. As well as in different regions, and also India is world famous for its integrity and its unity.

The prime feature of India, is that there is unity in diversity. The character of variation in India is not only geographical, but also linguistic and cultural.

According to a report, 1652 mother tongues are in operation in India. While 22 languages have been recognized as the official language by the Constitution. 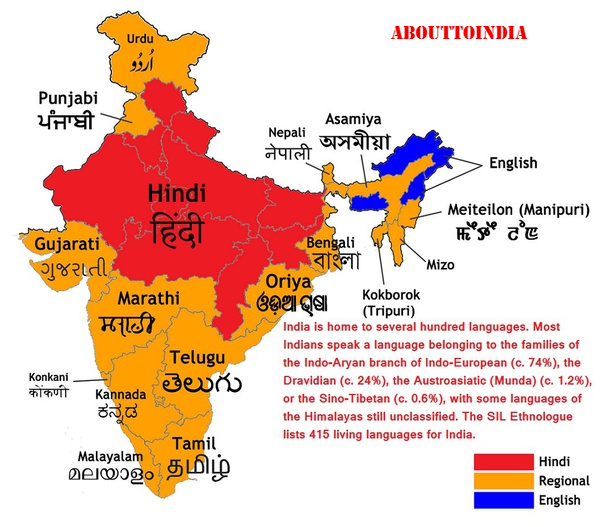 The languages ​​of India mainly belong to two major linguistic families. Which is Indo-European, and whose branch is Indo-Aryan. And it constitutes about 75 percent of the total population. And then there is the Dravidian, spoken by the remaining 25 percent of the people.

Other languages ​​spoken in India mainly come from the Austro-Asiatic and Tibeto-Burman linguistic families. With the separation of some languages, the number of different languages ​​of India is several hundred. And more than 1000 including major dialects.

The Constitution of India recognizes 22 official languages ​​spoken in different parts of the country. In addition, the Government of India has conferred the distinction of classical language to Kannada, Malayalam, Odia, Sanskrit, Tamil and Telugu. 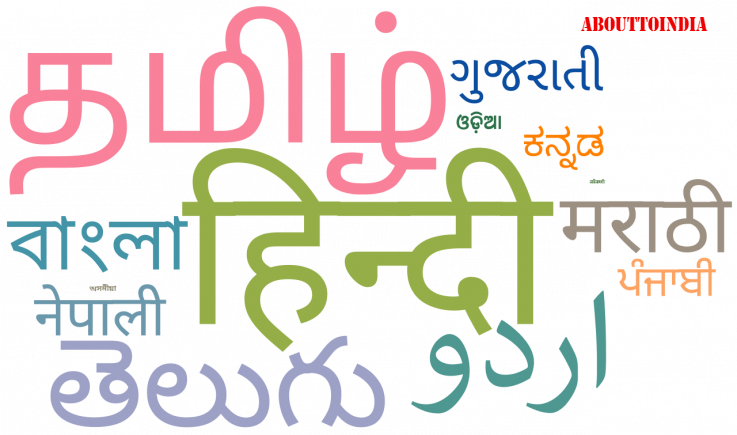 In British India, before independence, English was the only language for administrative purposes. As well as higher education purposes in 1946. The Indian Constitution declared Hindi as the official language of the Union in the Devanagari script, until the Parliament decided.

Otherwise, the use of English for official purposes officially ceased after the Constitution came into force on January 26, 1965. Gone.

In late 1964, there was an attempt to end the use of English. But it was also supported by protests across the country. Some of which had turned violent.

And the proposal was abandoned due to widespread opposition. It was amended in the 1967 Act itself that the use of English would not stop until then.

Until the legislature of every state passed the effect that Hindi was not considered its official. Language, and by each House of the Indian Parliament. The Constitution of India does not accord the status of a national language to any language in India. 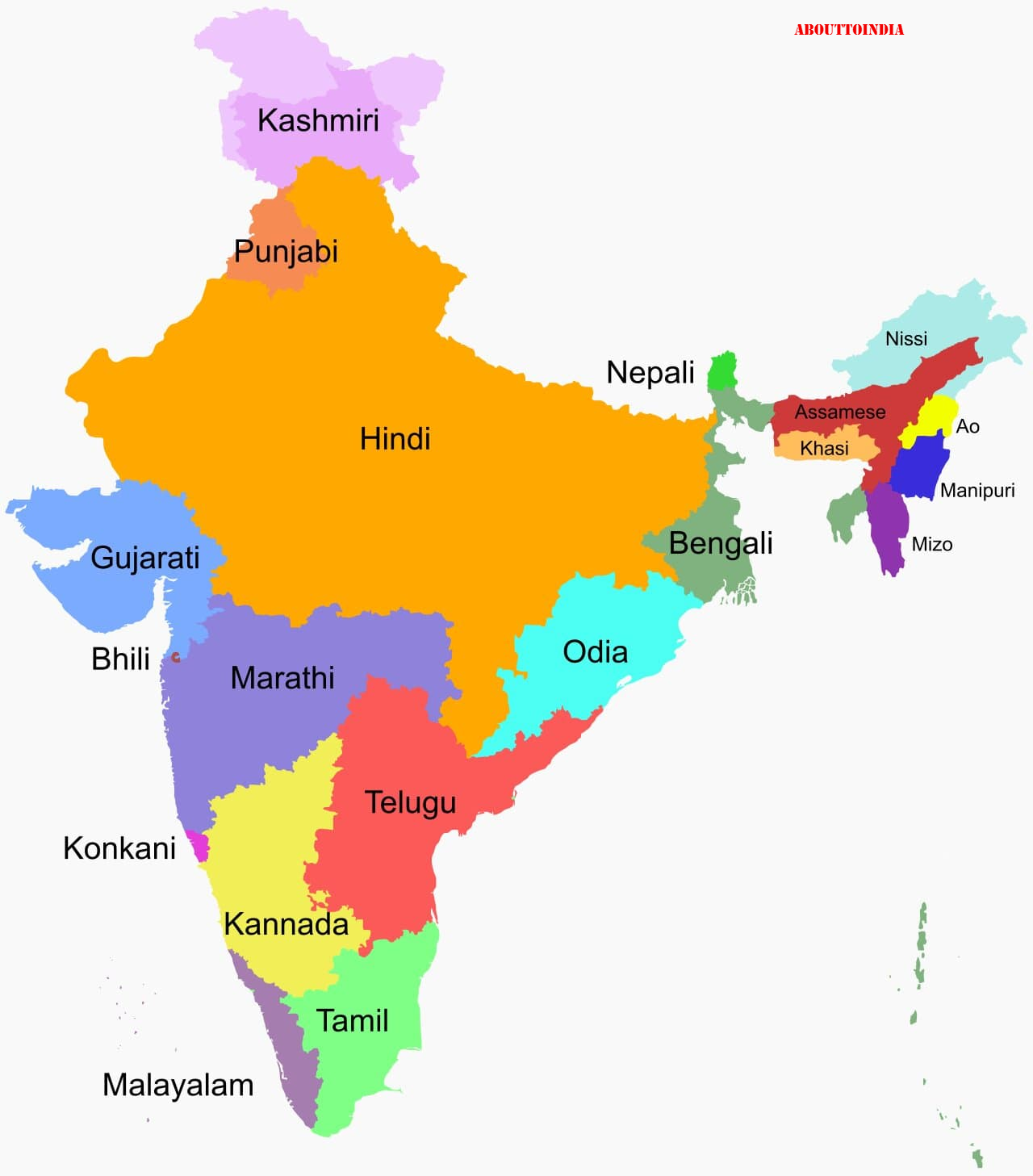 Other languages ​​of India:

Writing System for the Languages ​​of India most of the languages ​​of India are written in Brahmi derived scripts. Such as Devanagari, Tamil, Telugu, Kannada, Meitei Mayek, Odia, Eastern Nagari- Assamese / Bengali, etc. and Urdu are also sometimes written in revised versions of Kashmiri, Sindhi and Punjabi Arabic script.

The most spoken language in India is Hindi. And it is one of the official languages ​​of the country. Based on the 2011 census, the number of Hindi speakers fell in Hindi as a mother tongue in 2011, according to data from Indian languages. Compared to the 2001 census, in 2001, 41.03% people declared Hindi as their mother tongue.

Whereas in 2011 this number had increased to 43.63%. Hindi is the fourth most spoken language in the world after Mandarin, Spanish and English. Currently, there are 52,83,47,193 Hindi speaking people in India. And it is spoken in almost all the states of the country including Uttar Pradesh, Bihar, Uttarakhand, Rajasthan, Madhya Pradesh, Chhattisgarh, Himachal Pradesh and Delhi.

Hindi is a descendant of Sanskrit language. And it is influenced by the Dravidian language, Arabic, Portuguese, English, Persian and Turks. Spoken in Hindi, the language includes Awadhi, Braj and Khadi Boli. And also, do you know that Hindi words are divided into five categories, tatsma, ardhatatsam, tadbhav, native and foreign.

Before independence, the British used English as the only language in India for administrative purposes as well as for higher education purposes. In 1946, the Constitution of India declared Hindi as the official language of the Union in Devanagari script. Until Parliament decided.

And after the Constitution came into force on 26 January 1965, the use of English for official purposes was officially abolished.