The country of India is famous all over the world. Due to its unique mysteries, miracles, attractiveness, and artistry. And also for much more famous throughout. There are many such religious places. Whose amazing craftsmanship exists. Architecture. And texture. Also very beautiful. Everyone is crazy about them after watching them. Becomes of them, Amritsar in India. Famous Golden Temple. Which has been made using gold metal?

Harmandir Sahib to the Golden Temple. Also known as Sikhism. This is a major zoar. Seeing which there are millions around the world. People are attracted, not only people of Sikhism but people of other religions also come to this temple.

This temple is presently there. Beautiful temples not only of India but all over the world. Ranked at the top of the list. Golden Temple of Amritsar is famous for Sikhism. One to which the faith of millions of devotees is attached.

And not just Sikhism in this temple. People from other religions also come to see their religious significance and amazing design. The Golden Temple is also known as Harminder Saheb and Shri Darbar Sahib.

Who started the construction of the Golden Temple – Guru Ramdas.

Who did the architecture and complete construction of the temple – Guru Arjun Dev.

Golden temple construction and its history. 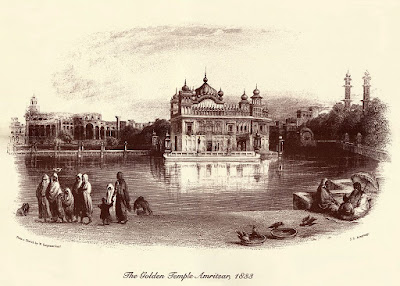 The world-famous Swarnamandir is located in Amritsar. The history of this Golden Temple is more than 400 years old. Ramdas Sahib, the fourth Sikh Guru of Sikh Dharam, donated some land for the construction of this temple. And the first Sikh Guru Nanak and the fifth Sikh Guru Arjun Sahib designed the unique beautiful architecture of the Golden Temple.

The work of building the world-famous Golden Temple was started in 1577 AD. And later Arjun Dev Ji worked to confirm his Amrit Sarovar. The construction of this famous Golden Temple is the holy lake. That is, in the middle of the city pond. In which later the holy book Adi Granth of Sikhism has also been established.

The Akal Takht is also located inside this sacred site of Sikhism. This holy place is considered to be the home of Hargovind ji, the sixth Guru of Sikhism. And in 1604 AD, the construction work of the temple was completed. However, this temple was attacked many times.

Due to which the temple building was badly damaged. But later Sardar Jassa Singh Ahluwalia got the temple rebuilt. And contributed significantly to its present form. Let me tell you, Ahluwalia was the commander of the Khalsa party and the head of the Missal. 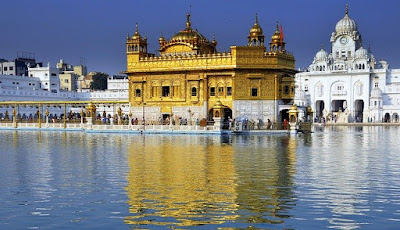 The design of its roof and walls captivates everyone. And the Gagai artwork in the walls of this Golden Temple is very magnificent. Mr. Harminder Sahib has been constructed in an area of ​​about 67 feet square feet. And it is built in the middle of a pond. In which this Gurudwara is spread over an area of ​​about 40.5 sq ft.

The four doors of this gurudwara have excellent carvings. Which looks quite attractive to watch. Darshani Deori (an arch) is located on the roadside. The gate of this gurudwara is quite artistically decorated, which opens towards the bridge.

And this bridge road opens towards the main building of Shri Harminder Sahib. The bridge is about 202 feet in length and 21 feet in width. Connected with the faith of crores of devotees, the building of this holy temple is of three stores. It has a ceiling of 26 feet and a height of 9 inches on the first floor.

The first floor of this temple continues to recite the Guru Granth Sahib. This huge golden temple built in the middle of the pond at night time looks very attractive and captivating. The architecture of this temple is an excellent specimen representing love and harmony between Hindus and Muslims. Which is considered one of the finest craftsmanship in the world in technical terms?

This Golden Temple located in Amritsar is considered one of the famous sightseeing places in India. Whose beauty, grandeur and attractiveness come from people from home and abroad.

The Central Sikh Museum is located near the entrance of Harmandir Saheb. It is one of the main attractions of the Golden Temple. By visiting this museum, one can get complete information about the history of this grand Gurudwara.

Akal Takht had suffered a lot in Operation Blue Star. 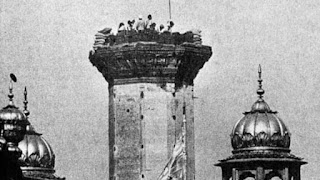 There is an Akal Takht on the outside of this Gurudhara associated with the faith of Sikhism. And it is considered to be the home of Hargovind Ji, the sixth Guru of Sikhism. This throne was built in 1606. Many main decisions were also taken here earlier.

It also has the office of Shiromani Gurudwara Manager. Where many important decisions related to Sikhs are still taken today. During the time of Operation Blue Star in 1984, this magnificent Golden Temple and the Akal Takht were severely damaged.

In this operation, the first woman Prime Minister of India, Indira Gandhi, committed the Indian Army. Army and tanks entered the temple to stop the religious war front hidden in the Golden Temple. Due to which a lot of conflicts broke out between the army and the Sikhs.

At the same time, many Indians lost their lives in this operation. At the same time, this ruthless operation was avenged by Indira Gandhi’s Sikh bodyguard. However, later in the year 1986, Rajiv Gandhiji again got the Akal Takht constructed in this wonderful Golden Temple. But then in the year 1989, this throne was removed. After this, in 1999, the Akal Takht was again constructed by the Kar Sevaks.

Some interesting and important facts related to the Golden Temple. 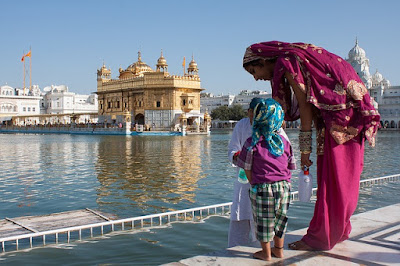 ● The Golden Temple was first built with bricks and stones. But later white marble was used in it. The dome of this temple was covered with a gold layer which was done in the 19th century.

● The four doors in this Golden Temple represent the four religions, which means that people of all religions can come here to pay obeisance.

● This Gurudwara has the largest kitchen in the world. And for this reason, more than 1 lakh people are anchored here every day. And it is believed that the Mughal emperor Akbar also took the prasad with the common people in the Guru’s langar.

● The biggest feature of this world-famous Golden Temple is that the stairs of this temple go downwards, not upwards. Which teaches man to come from top to bottom.

● This Golden Temple is famous all over the world due to its amazing design and attractive painting. The splendid artistry of this Golden Temple reflects the blended form of Mughal and Indian architecture.

● There is never a night in this huge Golden Temple located in Amritsar, Punjab. Yes, it glows all 365 days of the year and 24 hours a day with its artificial light.

● The most interesting thing about this world-famous Golden Temple is that. Its foundation was laid by a Muslim Sufi Pir Sai Mian Mir. While the fourth Sikh Guru Ram Das Ji founded it in 1577. While Arjun Dev, the fifth Guru of the Sikhs, started the work of its design and construction.

● The name of Shri Harmandir Sahib means “Temple of God” and people of all caste and religion come to this temple without any discrimination and do devotion to God.

● Festivals like Baisakhi, Prakashotsav, Lohri, Sankranti, Martyrdom. These days are celebrated with great pomp in this Golden Temple associated with the faith of Sikhism. In this holy Gurudwara, devotees also have to follow many rules.

Some important rules for tourists.

Every devotee coming to this Golden Temple has to follow some rules here, which are as follows.

●Wearing a shoe is not allowed inside this gurudwara. And only after taking out the shoes, people can enter here.

●It is forbidden to open your head on the premises of Gurudwara. It can be entered inside only by tying a scarf or a handkerchief, scarf, etc.

●To listen to Guruvani inside the Darbar Sahib, devotees should sit on the ground.

How to reach Golden Temple here.

This Golden Temple located in Punjab. Here can be reached by air, road, and rail through all three routes. The distance from Delhi to Amritsar is about 500 kilometers. And it takes about 9 hours to reach Amritsar from Delhi by train or bus or taxi.

While many trains and buses ply from Delhi to reach Amritsar. Apart from this, there is also a very good bus facility from Amritsar to all major cities in India. Apart from this, Amritsar can also be reached easily by the air route. Amritsar has Rajasansi Airport from where the Golden Temple can be reached in just 15 minutes by taxi.