Badrinath Dham is considered one of the four major shrines of India. This holy abode settled in the ranges of the Himalayas. Lord Srihari sits in this mythological and grand temple. This Dham lies in the middle of the Himalayan peaks. This holy abode is considered to be of great importance in Sanatan culture. In Hindu Dharam, every devotee wishes to visit Badrinath Dham once in a lifetime. Badrinath Dham is situated at an altitude of 3,050 meters above sea level. And the way to reach here is also very inaccessible. 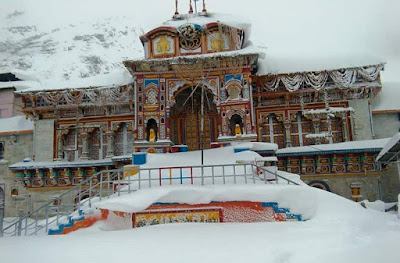 This Dham is situated between two mountain ranges.

This is the holy abode of Lord Shrihari. And it is situated between the two mountain ranges named Pavan Dham Nar and Narayan. The ancient temple of Srihari is situated on the banks of the Alaknanda River flowing with clean and icy water. Badrinath is one of the four pilgrimages of the Hindus, Badrinath, Dwarika, Jagannath, and Rameshwaram. In Uttarakhand, Badrinath, Kedarnath, Gangotri, and Yamunotri are called Char Dham or Chota Char Dham in Uttarakhand.

How Dham got its name? 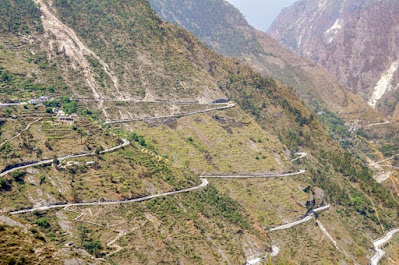 A legend on the origin of the name Badrinath is very popular. This is like this, once Muni Narada reached Kshirsagar to see Lord Srihari Vishnu. Where Narada saw Mata Lakshmi pressing Sripari’s leg. Narada was surprised to see this. When Narada asked Lord Vishnu about it. So suffering from remorse and guilt, Lord Vishnu went to the Himalayas to do penance. Lord Vishnu was absorbed in penance. Then suddenly there was a lot of snow.

Due to which Lord Vishnu completely covered in snow. Mother Lakshmi was sad to see this condition of her. And he stood near Lord Vishnu. It took the form of a Badri tree. Mata Lakshmi started doing austerities to protect Lord Vishnu from sun, rain, and snow. Many years later, when Lord Vishnu completed his penance, he saw.

That Lakshmiji is covered with snow. Then Lord Vishnu said seeing the tenacity of Goddess Lakshmi. “O, Goddess! You have also meditated like me. You will be worshiped with me in this Dham from today. And since you have protected me in the form of a Badri tree. Hence from today I am called Nath of Badri i.e. Badrinath Will be known as.

Places to see in Badrinath 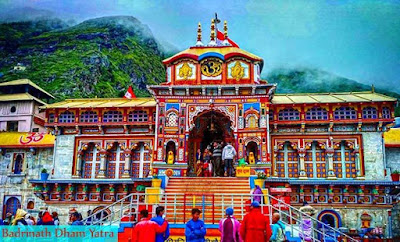 Badrinath has many scenic spots. The Badrinath Temple, Satopant Lake, and Bhima Bridge are the main ones. Apart from this, festivals are organized here.