Amarnath Temple is a major religious pilgrimage site for Hindus. And it is true that Amarnath is also famous by the names of Amareshwar etc. Visions of Swayambhu Shivlingam of Lord Shiva. Which is every full moon in its full size with snow. And this philosophy in itself is very satisfying to the heart. Because after traveling so long and crossing many obstacles.

It is not an easy task to reach this Amarnath cave. So every traveler who sees Himalingam inside the cave. Finds himself blessed, and considers himself very lucky. Because many turn back on seeing the steep climbs, they go back home from the halfway point. Amarnath. 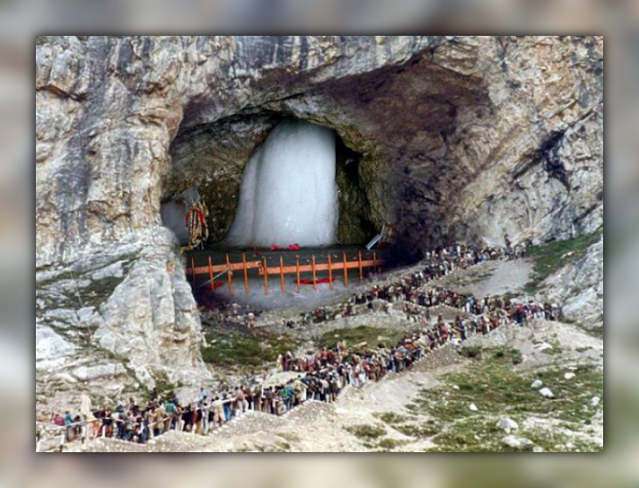 The great importance of traveling to Amarnath here. The main feature of Baba Amarnath is the sacred cave here. Natural Shivling is to be built in And it is also very important to have a glimpse of Shivling in natural form. From the top of the cave, drops of ice water continuously drip. Due to which lakhs of devotees reach here to have a vision of the sacred Shivalinga of about 10 feet. Starting from the full moon of Ashadh month till the Rakshabandhan, the holy Shivalinga is seen throughout the month of Shravan. Amarnath

As the Moon decreases, the size of the Shivling made of snow changes. And until Amavasya, the lingam gradually becomes smaller. Lord Shiva told the secret of immortality in the cave of Amarnath. It is said that Lord Shiva was taking Mother Parvati to narrate the story. Then he was rested by Lord Shiva in Pahalgaon, about 96 km from Amarnath Cave. 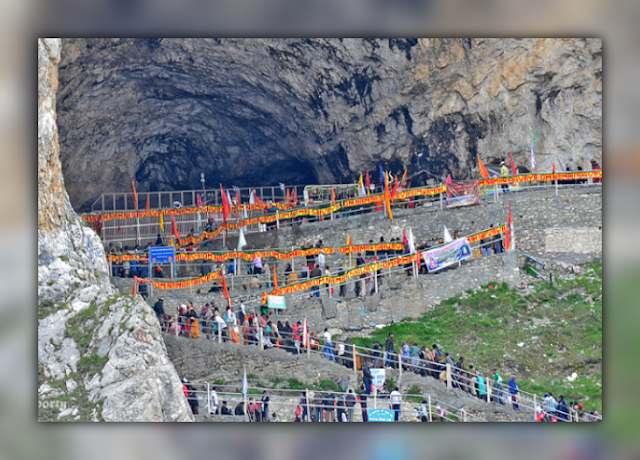 And they also left their bull Nandi at this place. After which he left small serpents in Anantnag. Similarly, the sandal of the skull in Chandanbadi and the flea island for fleas. But Sheshnag was left at Sheshnag. During Amarnath Yatra, all these places come in the way. And only those who are lucky get to see them. The significance of Amarnath’s yatra is less as it is understood.

The immortal story of Amarnath

This story is named Amarkatha. It has also been said that one can get Shivdham by listening to it. That this is the ultimate sacred story, which the listener receives Amarpad and they become immortal. This story was narrated by Lord Shankar Bhagwan to Bhagwati Parvatji in this cave (in the cave of Amarnath). Hearing this story, Shri Shukdev Ji became immortal.

When Lord Shankar was narrating this story to Bhagwati Parvati. So a parrot kid was also listening to this supreme sacred story. And after listening to this, the child of that parrot had found the form of Shri Sukhdev. ‘Shuk’ is called ‘parrot’ in Sanskrit anyway. And for this reason, later again, Muni became famous in the world by the name of Sukhdev. Amarnath

Sukhdev is said to have visited Naimisharanya there. The sages and sages gave him great respect. And urged them to narrate the immortal story. And then what was ‘arrogant’ Shuk, happy with the verses read in his praise, started narrating the Amar Katha. It is said that as soon as the story started, Mount Kailash, Kshira Sagar, and Brahmalok also started moving. Brahma, Vishnu, Shiva, and all the gods reached the place where the Amar Katha was going on.

Then Lord Shankar remembered that if the listener of this story became immortal. Earth’s operation will stop. And then there will be a difference in the prestige of the gods. That is why Lord Shri Shankar got angry. And he cursed that he who listens to this story will not be immortal. But he will definitely get Shiva Loka. 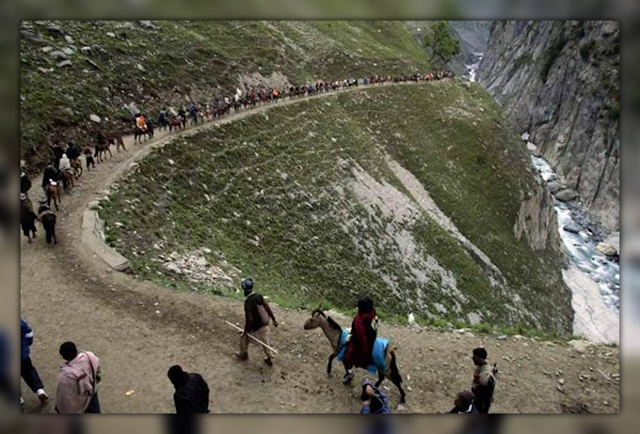 Amarnath Temple is present 135 km north-east of Kashmir capital Srinagar and at an altitude of 13 thousand 600 feet above sea level. Devotees who visit Amarnath. They reach here after traveling very hard. The Shivalinga built here is one of the twelve Jyotirlingas. Strict security is provided by the government to the pilgrims who reach Amarnath.